Will hopes of voters be fulfilled? 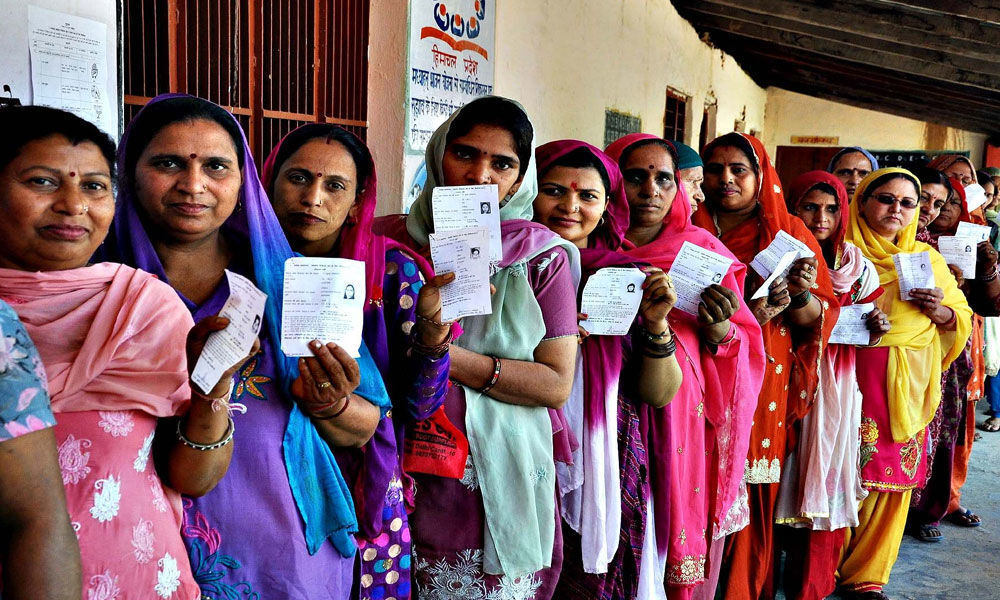 Will hopes of voters be fulfilled?
Highlights

Once again, general elections are around the corner. The din of fierce campaigning, the chanting of slogans by party workers and the blaring of...

Once again, general elections are around the corner. The din of fierce campaigning, the chanting of slogans by party workers and the blaring of loudspeakers fill the air.A good time don't you think, to sit back and look at the big picture – at what has transpired in the past, and what is in store in the future?

As this columnist surrendered to the temptation to lie back, shut his eyes, and let his mind wander on these lines, many a picture jumped before the mind's eye.Come the new government after the elections, the citizen has a dream, dream of a government that will desist from past follies and embark upon hitherto untrodden paths of selfless public service and commitment to a polity that delivers a regime of governance characterised by transparency and accountability.

But who is to deliver the reality behind the dream? Strangely enough, only the citizen! Through the empowering with authority and power of those he/ she will vote for.And there lies the rub!In the system that the country has embraced, namely a democratic polity organised on party lines, a vote is cast in favour of a party – for an ideology, a set of beliefs and a commitment to a political philosophy. After all, every party is known for a particular ethos, a disposition, a dispensation and a countenance.

Inbuilt into that system is the faith the voter has, that his franchise will create a force that will put in place a government loyal to the doctrines of the chosen party. A faith, alas, that is increasingly being seen to be totally misplaced – a conviction that flies in the face of the brazen and unbridled lust for power for the sake of individual aggrandisement.

Even the addition, to the statute book, of a law that discourages switching of political loyalties, has failed to curb floor – crossing and horse trading. As a result, the invidious practice continues, reminding one of the 'aaya Ram gaya Ram' days of the 1980s. And, Presiding Officer after Presiding Officer, of Parliament and the State legislatures has, for some strange reason, not been able to find the outer limit, of the 'reasonable time' provided by law, within which a turncoat legislator can be disqualified. Thus, a person legally guilty of a crime is able to escape unpunished.

One, therefore, hopes that, in the dispensation that will preside over the destiny of the nation, following the formation of a new government after the elections, a regime of strict enforcement of this law will be in evidence. In this context, one wonders whether an affidavit, to be sworn before the election officials by contesting candidates, in the shape of an undertaking - that one will not shift party loyalties after being elected - will not serve the purpose.

While on the subject, it may be worthwhile examining whether an appropriately enacted statute cannot insist upon a "common minimum" portion of the manifesto of every party, which will promise addressing issues relating to pressing national concerns such as unemployment, protection of the rights of women and children, preserving the environment, combating graft and dealing with the distress in the farming community.

Simultaneously, one cherishes the fond hope that the citizen of India will learn the true value of the power of the vote - that it is too valuable a commodity to be surrendered on account of fear or favour. The efforts of the Election Commission, to educate the public about the importance of franchise and the need to exercise it without fail, notwithstanding, there is much that needs to be done to educate the common citizen in this regard with, of course the support of the Central and State governments.

Generating awareness in the citizen about the right to access information about the performance of the government and empowering them to demand what is due to them will also, one hopes, receive the attention it deserves. Transparency and accountability will need to inform the approaches of the governments.

One would also very much like to see, more and more, the involvement of people in the delivery of goods and services through governmental programs, in which process Local Self-Government bodies and Civil Society Organisations play an important role, so that the government of the people, by the people and for the people also becomes a government "with" the people.

Another "consummation devoutly to be wished for" will be to see the government quickly settling down to the task of finalising a list of options and priorities before it - both in the regulatory and developmental spheres. This columnist has had occasion to observe, on earlier occasions that, while many dazzling accomplishments of our country since independence have left us with as much of a sense of pride and satisfaction, the failures on several fronts, them of a deeply regrettable nature, have caused disappointment and frustration.

The time certainly appears to have come when the exploration of space, excelling in the field of sports and games, establishing institutions of excellence in the fields of science and technology, and befriending the governments of many countries in the world, will have to be put on the backburner. Burning issues crying for immediate attention, such as distress in the agriculture sector and the woeful flight of women and children need to be centre-staged.

It is also high time the budgets prepared by the Central and the State governments fully reflected the promises made in their manifestoes and election canvassing if necessary, to the exclusion of other provisions.The deleterious effect, upon the environment, of the use of plastics is well known. Still, despite all the lip service paid to the issue such as the 'say no to plastic' slogan, little has been done in terms of concrete measures. Drastic, if not extreme, measures will need be taken to put an end to this insidious dependence on a dangerous material.

Civic sense is conspicuous by its absence in most of our major cities. Simple things like restoring sidewalks, sternly discouraging open defecation and promoting the cultivation of civilised habits like standing in queues for public transportation will vastly improve the quality of the common citizen's life.

A distressing feature that continues to persist in the polity is the failure of the Central and the State governments to accept the reality of the need for decentralisation of authority and power. While addressing that issue, those governments will also have to remember that, while "delegation" of authority is not all that difficult, "decentralisation" – which entails letting go of something they have, and for good – is not easy but needs to be done.

It is natural, and to a large extent to be expected, that a certain amount of criticism and rivalry will be in evidence during the canvassing and campaigning that one will witness in the ensuing weeks. One sincerely hopes that, unlike on certain unfortunate occasions in the past, the views and opinions aired in public will not be such as to bring the honour of the country into question and stop short of hurting patriotic sentiments.

Many more well– meaning, but hitherto poorly implemented, programmes such as Swatch Bharat need to be conceived and put into action on a much larger scale.Finally, one devoutly prays that, in the post-election scenario, one will see a sincere effort being made, by all political parties, to put in place an ambience that discourages violent responses to legitimate, even if contrary, points of view – especially in matters religious and cultural.A tall order? Hope keeps mankind alive!

Workload takes toll but will play all formats for at least 3 more...