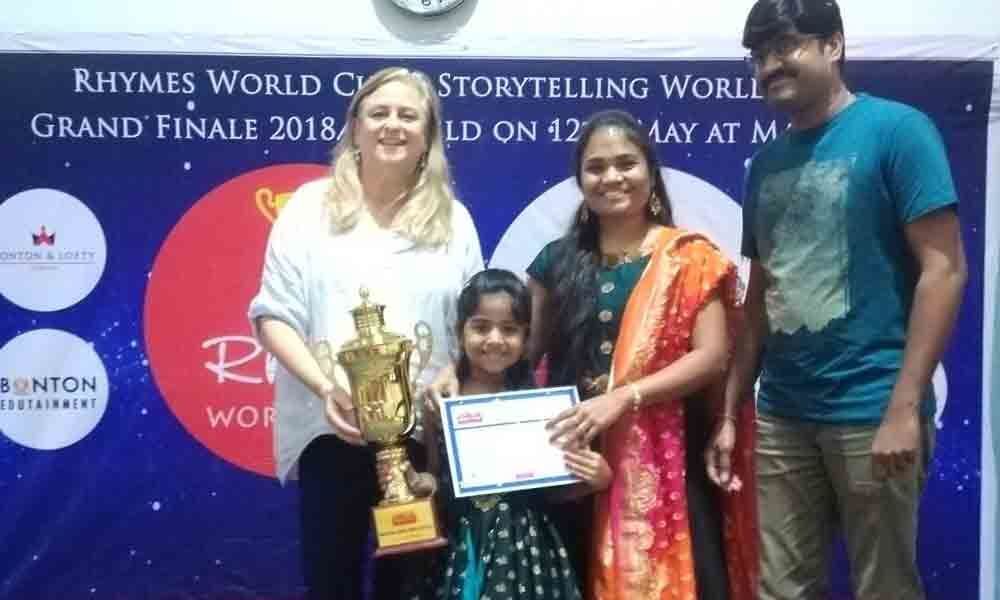 The competition was organised by Bonton and Lofty, London. 50 students around the world participated in this competition. Ananya was awarded a certificate and a cash prize of Rs. 30,000. Evangeline Grace was the first runner up.

She narrated a story about 'The cunning fox and the foolish crow' She chose this story because there was much scope for voice modulation, expressions and interactive way of narration.

When she was a child, she used to watch comics and cartoons and her mother Gowri Boyini used to teach her how to narrate a story with expressions said B Pavan Kumar Reddy, father of the talented girl. Ananya also won many prizes in sports and fancy dress competitions.

She is very enthusiastic and a quick learner, apart from story telling her other hobbies are dancing and skating. Annapurna, Director of Pallavi International School, Attapur received the Best Global Pre School Award from Nicci Coombs, Principal Beacon House International School for the Attapur branch for the year 2018-19.