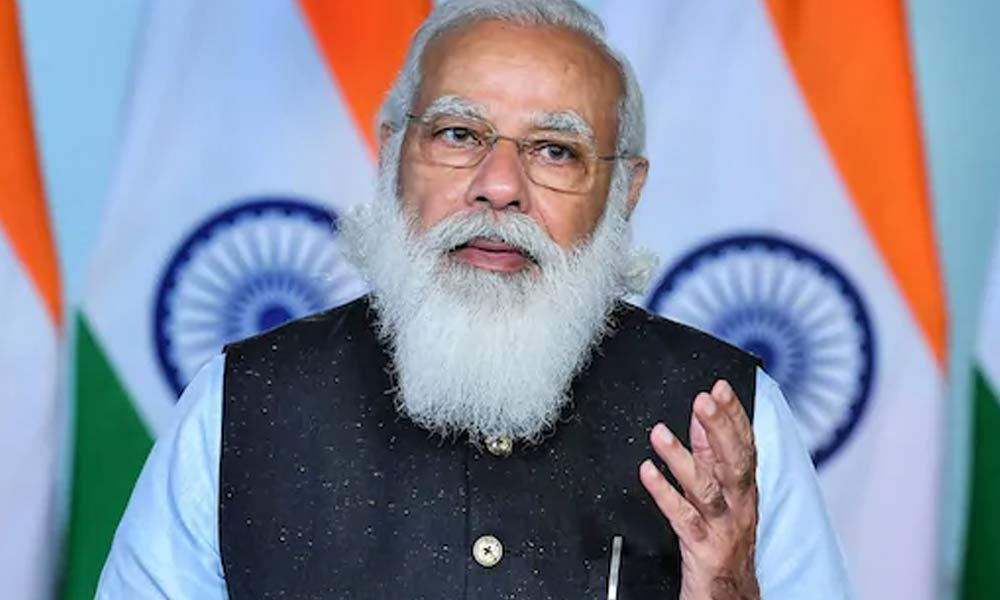 Lagna lord Mars occupied in lagna along with 9th Lord Moon. Hence, Richika Maha purusha yoga and Chandra Mangala yoga has formed. Due to these both yogas, Modi will be very courageous and will take very bold steps and he will have leadership qualities.

2nd and 5th lord Jupiter occupied 4th house. From Janma lagna and Chandra lagna, Gajakesari yoga has formed. Due to this yoga, Modi will be very honest, sincere and dedicate his life to India. He got name and fame. Here, 5th house occupied by Rahu. Hence, sometimes, he will take hasty decisions.

10th house occupied by Saturn and Venus. Hence, he has got lot of disturbances in personal life. From Janma lagna, 11th house is occupied by Sun, Mercury and Ketu. Hence, Budha Adhitya Yoga has formed. Because of this yoga, Modi entered politics at a very young age.

From 05.05.2011 to 05.05.2021, Modi will run Moon major period. For Scorpio lagna, Moon is the 9th lord and occupied in lagna. During this period, he became Prime Minister twice. He brought so many changes in the country. The BJP formed governments in many States.

From 05.05.2021 to 05.05.2028, Modi will run Mars major period. In this horoscope, Mars occupied is in lagna in his own house. But in navamsa chart, Mars occupied in debilitated position. During this period, Modi will get mixed results. Till 2nd October, 2021, Modi should be very careful about his health. Till 22nd April, 2021 – from Moon sign, Rahu will occupy 7th house. Hence, his own subordinates will bring lot of disturbances in politics. Modi should be very careful about his mother's health because of transit Rahu aspects of natal Moon. Moon is the karaka for his mother. In 2024 elections also, Narendra Modi will again become the Prime Minister for the third time.