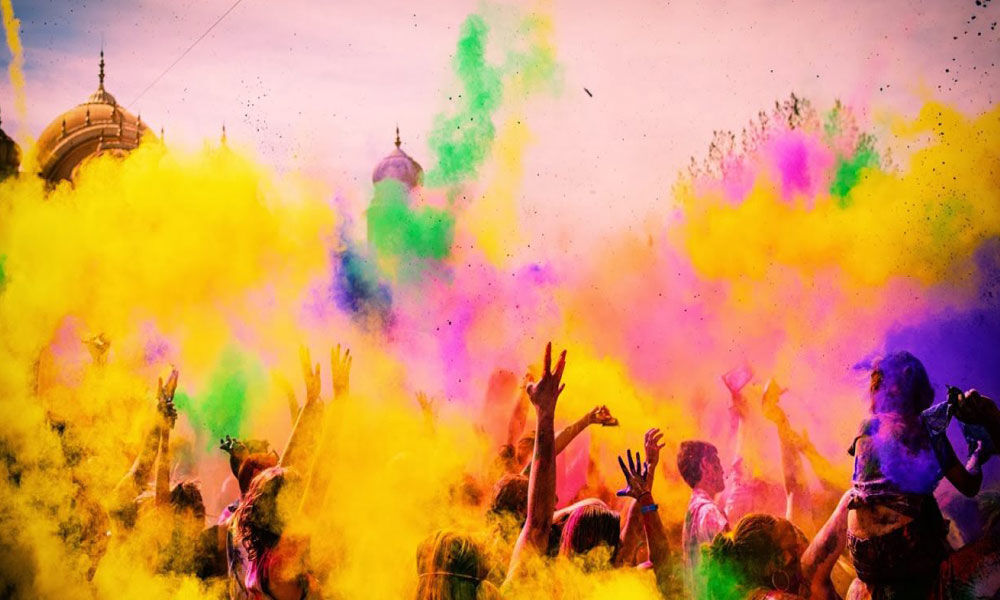 While we are a few days away from the festival of colours- HOLI, celebrations have made their way to MTV Beats, India’s fastest growing Hindi music channel.

While we are a few days away from the festival of colours- HOLI, celebrations have made their way to MTV Beats, India's fastest growing Hindi music channel. This Holi, MTV Beats brings to you the Non-Stop Holi Party with the ultimate dose of entertainment and best of music all at once. With its interesting HOLI segments and thematic playlists, here's why you should tune-in to MTV Beats this 21st March all day –

Any celebration doubles up, if you are with your friends. This Holi, MTV Beats takes the festive madness to the most popular colleges in town to create some crazy moments. Testing your love for films, singing sensation Akasa Singh will ask five fun questions on Bollywood and its favorite festival Holi. Now here is a twist. Every wrong answer, there would be a splash of colours on their face before they know it.

Hosts of Buddhu Banaya on MTV Beats hit the road pranking people around Holi. Watch them make the most of their time by throwing buckets of colours to commoners and spreading the joy of Holi around. So in case you are out on Thursday, watch out for these crazy bunch.

3) Party Hard this Holi! Only on MTV Beats

How can celebrations be without some foot tapping music? From Alia Bhatt – Varun's Badri Ki Dulhaniya to Ranbir Kapoor's Balam Pichkaari to Shah Rukh Khan's Soni Soni, groove to the best of Bollywood songs and make your Holi a memorable one. Get ready for an unlimited fun in adhamakedaar style with the 'Nonstop Holi party'.