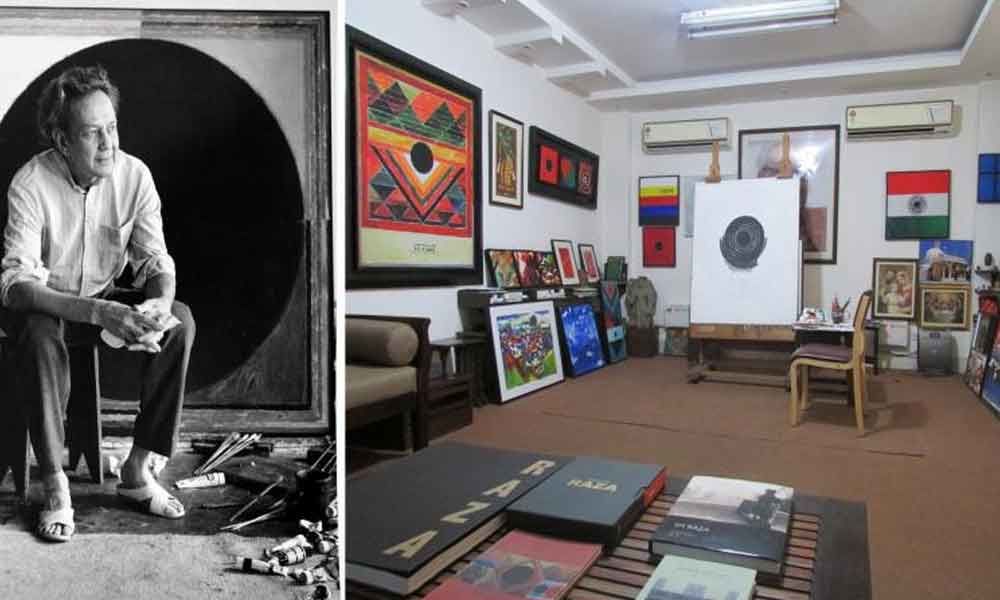 Marking the beginning of the birth centenary celebrations of iconic Indian modernist master Sayed Haider Raza, the Raza Foundation is organising a series of events in February 2021 in New Delhi, Mandla and other cities.

Marking the beginning of the birth centenary celebrations of iconic Indian modernist master Sayed Haider Raza, the Raza Foundation is organising a series of events in February 2021 in New Delhi, Mandla and other cities.

Raza, who was born in 1922 in Madhya Pradesh's Mandla - a place that he carried with him during his decades in France, was awarded the civilian honour Padma Shri in 1981, the Padma Bhushan in 2007, and the Padma Vibhushan in 2013. A founder of the enormously influential Progressive Artists group, he combined western abstraction with Indian visual traditions and helped to create a uniquely Indian style of contemporary art. One of the Raza's signature motifs is that of the dot, or 'bindu'. He returned to India in 2010, and passed away on July 23, 2016.

Raza's 100th year of age starts on February 22 in 2021, said the Raza Foundation, an arts and culture organisation he set up.

"In February 2021 a series of shows of Raza's prints along with art workshops, readings etc are being organised in Jabalpur (Raza Vitaan), Kanha (Raza Aranya), Indore (Raza Valay), Ujjain (Raza Sambhav), Mandla (Raza Mandal), Ahmedabad (Raza Vistar), Bhopal (Raza Madhya)," said the Foundation in a note. An exhibition of personal materials of Raza chosen from the Raza Archives by the painter Akhilesh called 'Raza Antrung' would be shown at Triveni Kala Sangam from February 6-22. A show of Raza's works curated by the Mumbai-based curator Ranjit Hoskote entitled 'Dance of the Elements' would open in Akar Prakar Gallery, New Delhi from February 18, and continue till March 14. Another show of works of Raza and his friends called 'Geysers' is set to open at Vadehra Art Gallery in the capital from February 22.

An exhibition of original prints of Raza's art works and other artists from Madhya Pradesh in his birthplace (Mandla) is also on schedule, along with the annual 'Raza Utsav', a multi-arts festival and workshop in collaboration with Namami Art Foundation, Mandla.

"A new and revised edition of Dr Geeti Sen's seminal book 'Bindu: Space and Time in Raza's Vision' has been published by Mapin Publishing. A definitive biography by the renowned art critic Yashodhara Dalmia entitled 'Raza: The Journey of An Iconic Artist' is published by Harper Collins to be formally launched by the French Ambassador in the last week of February, " said the Foundation.