Andhra Pradesh and its Heritage sites 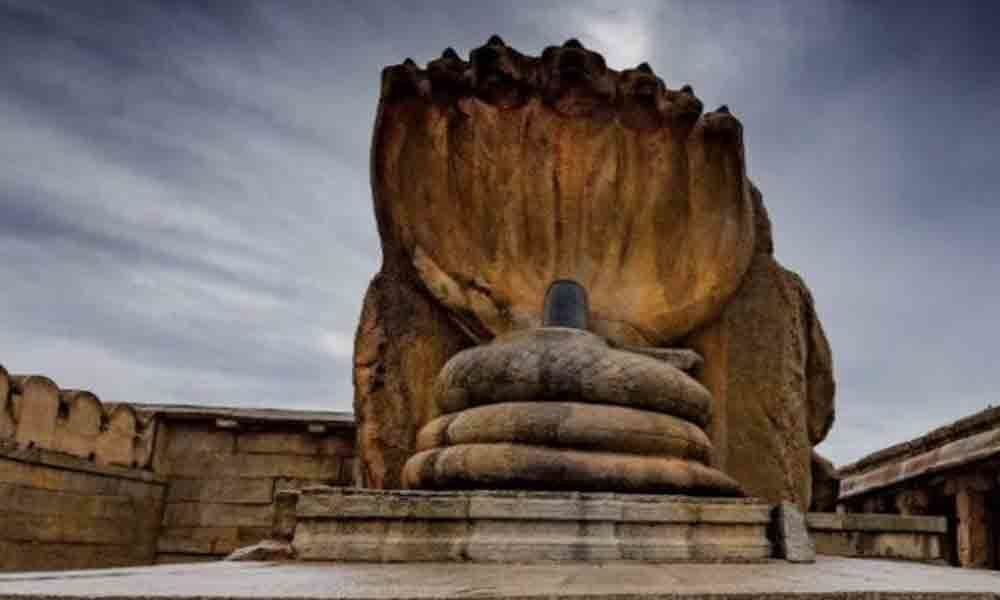 All heritage sites are manifestations of history and they all have their own stories to tell.

All heritage sites are manifestations of history and they all have their own stories to tell. The rich cultural heritage, historical significance and ancient architecture of Andhra Pradesh have made it a top tourist destination in India. Though there are hundreds of heritage destinations we have shortlisted few for you:

The beautiful 16th-century Veerabhadra Temple, also known as Lepakshi Temple is located in the small historical Village of Lepakshi in the Anantapur District of Andhra Pradesh, India, about 15km east of Hindupur and approximately 120 Km north of Bangalore. Built in the typical style of Vijayanagara architecture, the temple features many exquisite sculptures of god, goddesses, dancers and musicians, and hundreds of paintings all over the walls, columns and ceiling depicting stories from the epics of the Mahabharata, the Ramayana, and the Puranas. This includes 24 feet by 14 feet fresco of Veerabhadra, the fiery god created by Shiva, on the ceiling, which is the largest fresco of any single figure in India. At the front of the temple, there is a large Nandi ( bull), the mount of Shiva, which is carved from a single block of stone and is said to be one of the largest of its type in the world.

Veerabhadra temple was built by the brothers Viranna and Virupanna, who were governors under the Vijayanagar Empire during the reign of King Achutaraya.

The Village Lepakshi holds a significant place in the great Indian epic Ramayana. Legend has it that the bird Jatayu, wounded by the Kind of Lanka, Ravana, fell here after a futile battle against the king who was carrying away Sita, the wife of Rama, the king of Ayodhya. When Rama reached the spot, he saw the bird and said compassionately to him, Lepakshi-Meaning "Arise, bird" in Telugu.

The Lepakshi temple in India is a very fascinating place for all, it is known for its a mystery. The local stories are very interesting to hear. There are several interesting features in the Veerabhadra Temple (aka Lepakshi Temple). The most interesting thing here is the Hanging pillar, in this temple which is 20 feet tall a huge granite block with brilliant carvings. Put a piece of cloth underneath the pillar and slide it around the other side, proving that pillar is disconnected from the floor. This is considered one of the Wonders of India. how did ancient people construct a huge pillar that defies gravity and is hanging in mid-air?

There are carvings that would fascinate one in this temple, There is a cow carving which shows multiple postures in the same sculpture. carvings like these are brilliant. You can cover any two of the three heads, and see what's going on.

Yes, it is not as famous as Ajantha or Ellora Caves. This set of rock-cut cave temples and monuments is located in Guntur district of Andhra Pradesh. There are four story caves in these hills. There are numerous sculptures, cravings and a huge statue of Vishnu.

These are not the only 20 historic spots that are not covered by many tourists. There are numerous other places that you have not heard of. If you really want to enjoy India, it is important to explore a little more than the cliche tourist destinations.

This 14th century Fort is believed to have been built by the Reddy king of Kondaveedu Prolaya Vema Reddy. Spread over an area of 18 sq. km, this Fort is said to have served as a recreational palace for the king The Fort was also used as a business center. Later, the fort went into the hands of Gajapati rulers of Orissa. In the year 1520 AD the king, Sri Krishna Devaraya of Vijayanagara Empire has captured the Kondapalli Fort in Kalinga wars. Later, the fort came into the hands of Qutubshahi kings in the 16 th century. During the colonial rule, the British soldiers were given training in this fort.

Kondapalli fort is situated on a hill, it has an impressive storied rock tower protected by three levels of entries. The main entrance gate is known as the Dharga Darwaza, which has been made out of a single slab of granite. Another entrance gate of the fort is known as the Golconda Darwaza The major attraction of the fort is the Tanisha Mahal or Palace, which is located on a crest between two hills. Near the fort, there is Dargah of the Persian Saint, Gareeb Sahib. One can still find several other ruined structures within the premises of the fort. There is a Gajasala, where elephants were kept, Queen's palace, Virupaksha Temple, Dining hall, a reservoir, and prisons.

Kondapalli is well known for its wooden toys. Kondapalli toys are carved out of locally available special light softwood known as Poniki. These toys are brightly colored and adorned with beautiful designs of animals, birds, fruits, and vegetables, mythological and religious figures. Kondapalli toys are very popular world-over. Today, Kondapalli Fort is a major tourist attraction to visit near Vijayawada.

At a distance of 40 km from Vijayawada, 33 Kms from Guntur, 105 Kms from Nagarjuna Sagar and 253 Kms from Hyderabad, Amaravathi, on the banks of River Krishna, is the most sacred Buddhist pilgrimage center.

It is best known for the Great Stupa or Maha Chaitya, believed to have been 32m height and 32m diameter, larger than the one at Sanchi (Bhopal) The origins of the stupa go back to the 2nd and 3rd century BC, the reign of Ashoka. The Stupa is partly reconstructed on the same site. The excavations by Colin Mackenzie in 1797 recovered the magnificent railings and sculptured friezes.

Amaravathi is also known for the Amaralingeshwara Temple dedicated to Lord Shiva-built in 10th/11th century by eastern Chalukyas.

The Archaeological Museum includes collections from Buddhist sites belong to 3rd century BC to 12 century. It contains panels, chakras and caskets containing relics, broken railings and sculptures, etc, arranged in different galleries. Timings: 9 AM to 5 PM. Fridays are closed.

Kanaka Durga Temple is located on the Indrakeeladri hill on the banks of Krisha River in Vijayawada. Kanaka Durga, the goddess of power and riches is considered the presiding deity of Vijayawada. It is one of the famous temples in South India. The shrine also called Sri Durga Malleshwara Swami Temple dates back to the 8th century.

According to the legend, goddess Durga killed Demon Mahishasura and enshrined on the keela mountain on the hill which later knows as Indrakeeladri. In Dwaapara Yuga, Arjuna did great penance on Indrakeeladri for Lord Shiva in order to get the most powerful Astra called Paashupataastra. Later, Lord Shiva appeared to fulfill the desire of Arjuna and called him as Vijaya ie Victorious. The place came to be known as Vijayawada after Arjuna's victory.

The deity in the temple is regarded as Swayambhu ( swayambhu means self-manifested) and considered very powerful. In the central sanctum, the 4 feet high image of the deity is decorated in glittering ornaments and bright flowers. Goddess is shown eight arms each hand holding a powerful weapon, in a standing posture over the demon Mahishasura. Though the exact origins of the temple are unknown, inscriptions of different dynasties are found in the temple. It is said that Adi Sankara visited this temple and installed the Sri Chakra here.

Adjacent to the Kanaka Durga temple on the Indrakeeladri is the shrine of Malleswara Swamy. The installation of Vijayeswara is said to have been done by Arjuna. Thribhuvana Malla, Western Chalukyas King of the 10th Century has contributed a lot to the expansion of the temple.

Navaratri, Saraswati Puja, and Theppotsavam are the main celebrations held at this temple. Thousands of devotees from the state throng the temple after a holy dip in the River Krishna.

Though there is motor-able ghat road up to the temple, many people prefer to walk through the steps to reach the temple.