Hits and misses of Congress manifesto 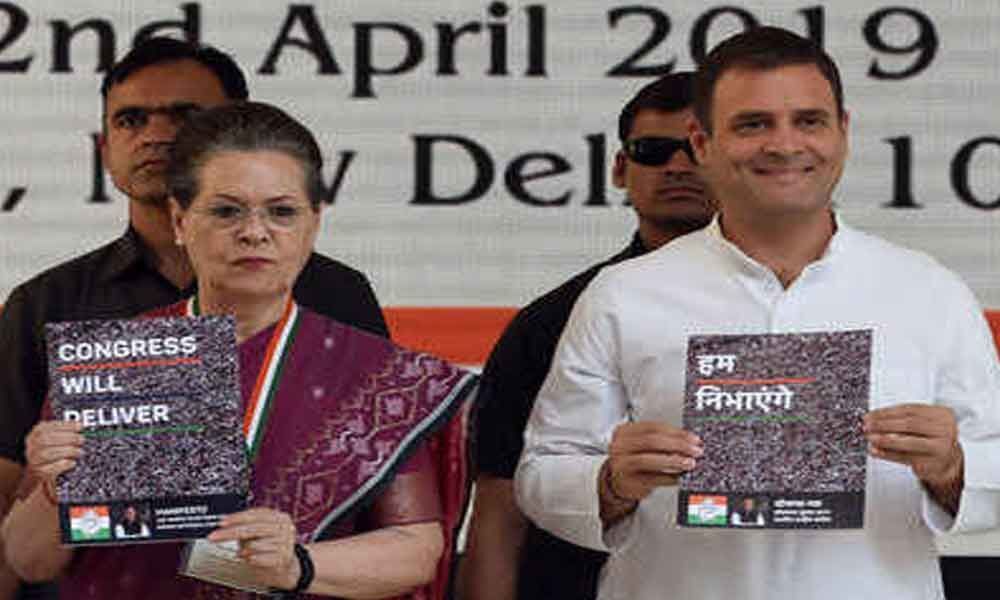 The Congress manifesto for forthcoming Lok Sabha elections has incorporated some anti-national aspects like commitment to scrap sedition-law and...

The Congress manifesto for forthcoming Lok Sabha elections has incorporated some anti-national aspects like commitment to scrap sedition-law and amending AFSPA. Such dangerous steps if implemented will freshly induce insurgency and militancy. Like friction is necessary evil, every Act is likely to be misused by some ones. But that does not mean altogether scrapping of such provisions.

Even RTI Act, Anti-dowry Act and post-Nirbhaya Act are misused. This does not mean that all these Acts should be repealed. Need is to induce mechanism to check misuse of various Acts including Sedition Law and AFPSA. Indian political parties should follow example of Israel where all political parties are firmly united with government on issues on national security and foreign relations.

Such provisions incorporated in Congress-manifesto will definitely reduce votes of Congress where already people in general are anguish over dream economic policy of the party based on heavy dose of freebies which can only be fulfilled through heavy dose of additional taxes.

However, ideas like single-rate GST, Kisan-budget, 33-percent women-reservation, abolition of electoral-bonds are welcome features. But it is surprising that the party not having implemented women-reservation in legislature in last so many decades of its regime, is now promising for the same in in its manifesto. Manifesto also misses issue of massive and consolidated poll-reforms where existing poll-laws are best suited for professional politicians and dynastic politics.