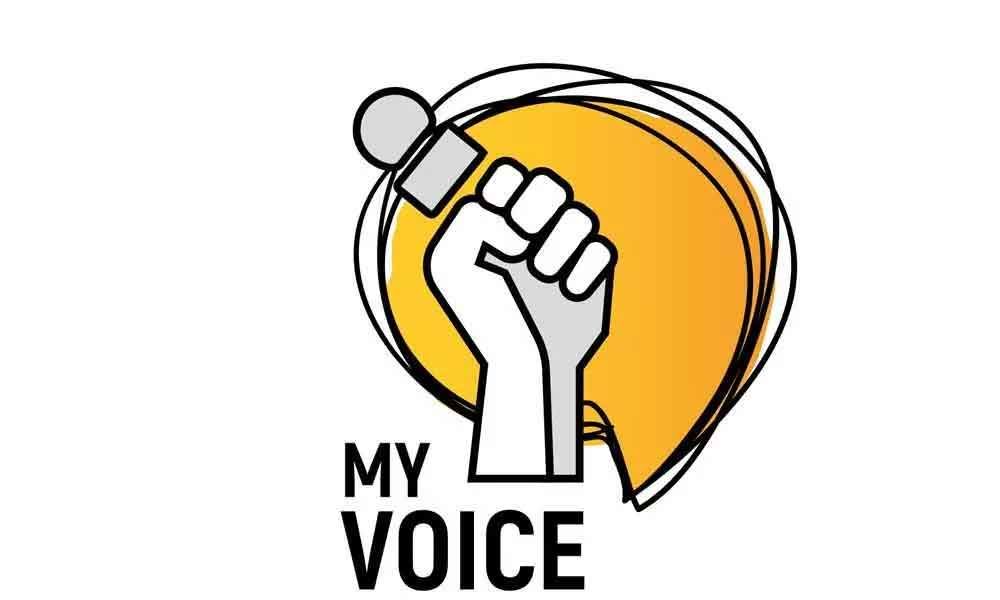 Let's treat our women with dignity

Without mother (Amma), there is no life and no world. We should respect women and empower them by giving them proper places in administration wings. Every woman has a lot of capabilities and patience and can tackle any situations and become successful.

Kudos to Supreme Court which has given the delightful verdict to allow women in any cadre in armed forces. It proves that women are no way inferior to men and they can do much more than their male counterpart can.

Women are role models to our society as they are sincere, faithful, loyal, and determined and know how to overcome problems. In the olden days, women were made to work in the kitchen but now thanks to several schemes introduced by the government, women are leading in various sectors hitherto regarded as men's forte.

Still in rural areas there are several women who are unable to make use of their own rights due to prevailing illiteracy and gender bias.

So, the government must take initiatives to bring them to the mainstream and provide them with all facilities. On the occasion of International Women's Day, we have to take a pledge to empower women and make them aware of their rights and duties towards.

We hope that women will excel in any field they chose. I request all people to treat every woman as the soul of our motherland.

It is a welcome move that the SBI has come forward for the salvage of beleaguered YES Bank and the government hopes that this chaotic situation will let-up anon ('SBI's rescue plan will be known by Monday, says bank chairman ", The Hans India, Mar 8).

The management of both the banks should wipe the slate clean and start fresh to safeguard the interests of the depositors.

When the nation encountering malfunctioning of financial institutions one after another for the last three years, it is high time that the government should think of insuring the full value of the deposits of the common people in RBI approved institutions rather than insuring only up to Rs 5 lakh as stated in the recent Budget.

Basically, a cryptocurrency is a digital token, designed to work as a medium of exchange, or a method of record keeping. However, it uses cryptographic algorithms to secure and verify transactions across its network and to control the creation of new tokens.

Bitcoin -a digital currency created in 2009 - uses decentralised technology to secure payments and storing money that didn't require banks or people's names. It was announced on an email circular as a way to liberate money in a similar way to how the internet made information free.

Bitcoin was a peer to peer to transaction, was facing a major threat as a cloned cryptocurrency that shared its name and many of its key features launched on one of the largest cryptocurrency exchanges, sending Bitcoin prices tumbling. A number of cryptocurrencies creeping into world market, may be more privacy orientated, are more focused on the speed of transactions, and more common these days.

A lot of coins are being launched to fund new projects in place of seeking venture capital. Despite certain deficiency, the latest cryptocurrency having world-wide recognition and the SC of India making it a legal tender, the trading community is likely to gain much.

It's time we looked beyond Pakistan

Until now, Europe had not so subtly dictated our choices in the matter of self-presentation. Celebratory postcolonial theory notwithstanding, since the 19th century we have tried to pose counterpart after counterpart for each minute and major development in the West.

From an Indian Renaissance, to an Indian Shakespeare, an Indian Gregory Peck, or even the Indian Alps, we have traded in correspondents, and not counterpoints. Today under Modi-Shah, our cultural and political compass is again shifting. We have a different set of priorities, aptly coined as "aspirational hatred".

These are "Muslim-hunting Cabinet members, corrupt and sexually predatory saint-politicians and encounter-wise policemen," and not jobs, economic advancement, and social responsibility. All serious attempts to question this approach only leads to Roma: Do you know what they do to Hindus in Pakistan?

It seems there is no looking beyond Pakistan, even while we are constantly on the lookout for a better life outside of India. The irony would be shameful if we were a humble people.