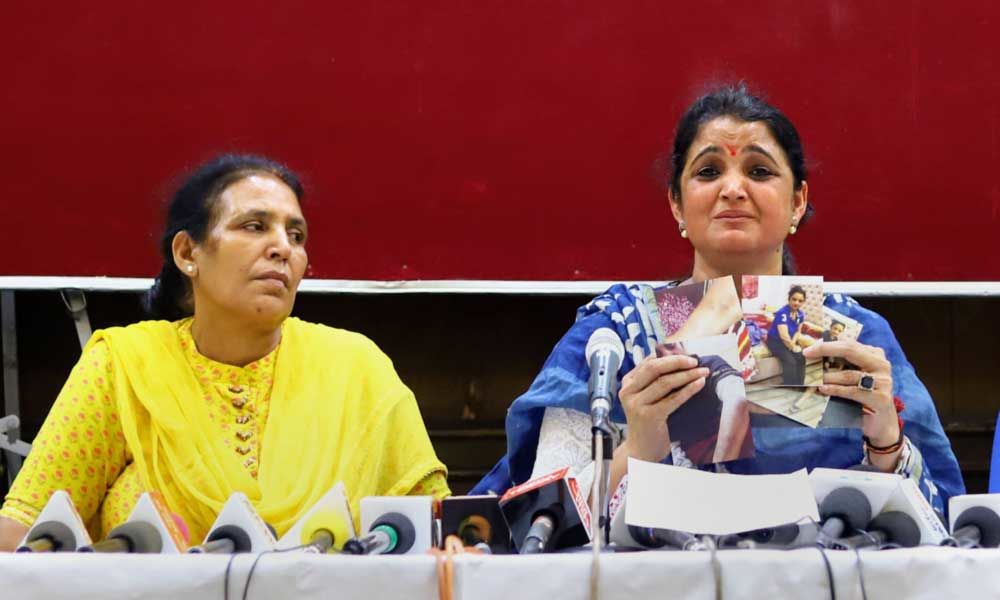 Former South Delhi mayor Sarita Choudhary, who was recently expelled from the BJP following a fight between her and husband, sought 'justice' from the ...

New Delhi (PTI): Former South Delhi mayor Sarita Choudhary, who was recently expelled from the BJP following a fight between her and husband, sought "justice" from the party on Monday, saying she has been "punished" without any fault.

She also claimed that her version was not heard by the Delhi BJP leadership before her expulsion.

Choudhary was allegedly slapped by her husband and former Mehrauli district president Azad Singh at the Delhi BJP office last month when there was a party meeting chaired by Union minister Prakash Javadekar .

Talking to reporters here, she accused Singh of allegedly assaulting and misbehaving her on various occasions. A divorce case is going on between the couple. Cracking the whip against party leaders and workers indulging in acts of indiscipline, Delhi BJP chief Manoj Tiwari had expelled Singh and Chaudhary after the duo was involved in a fight.

"I request my party leadership to give me justice and restore my self respect," Choudhary told reporters while addressing a press conference. No immediate reaction was available from Delhi BJP leaders. She also accused the police of not taking any action against her husband despite several cases registered against him by her.

"Despite FIRs being registered against my husband, police have not arrested him nor any action has been taken against him," Choudhary said.Police, however, said the matter is under investigation.