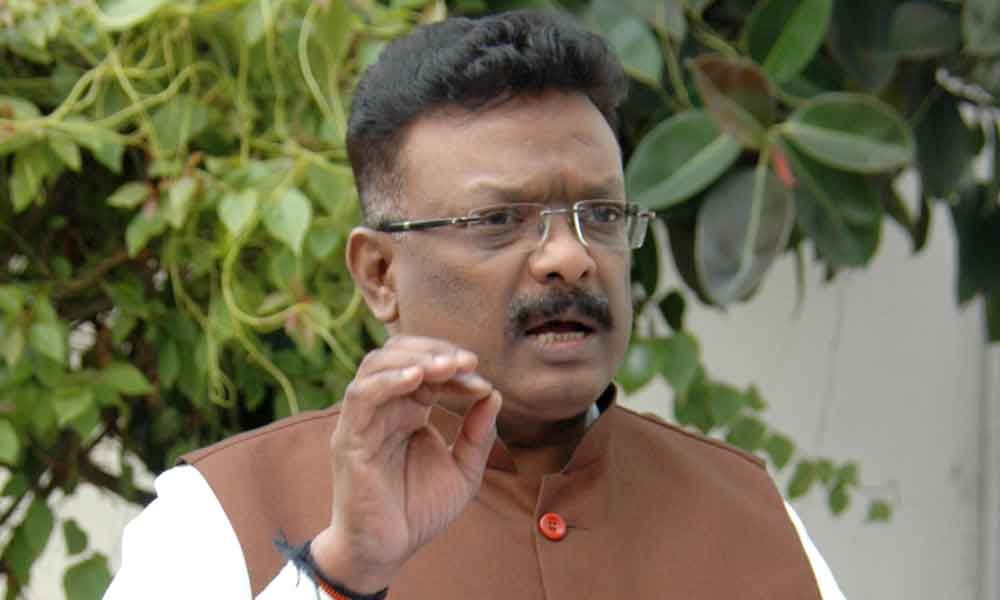 All India Congress Committee (AICC) National Spokesperson Dasoju Sravan on Monday demanded that OBC quota must be strictly implemented in all 23...

New Delhi : All India Congress Committee (AICC) National Spokesperson Dasoju Sravan on Monday demanded that OBC quota must be strictly implemented in all 23 national law universities, including Hyderabad-based NALSAR, in view of the interim order given by National Commission for Backward Classes withholding admission process in NLUs for non-implementation of OBC quota.

Following a complaint lodged by Sravan on May 28, 2019, the BC Commission directed the Vice-Chancellors of all the 23 NLUs in December 2019 to appear before the commission to explain the ad hoc manner in which admissions were conducted. The NCBC conducted the hearing in New Delhi on Monday. After hearing the matter, Commission Chairman Bhagwan Lal Sahni directed all the national law universities to withhold the admission process for the year 2019-20 until the OBC quota issue gets resolved.

Sravan informed that he had secured information on the implementation of OBC quota in all national law universities under RTI and based on the output, a comprehensive complaint was lodged before the National BC Commission.

Later, speaking to media here in New Delhi, Sravan said that the law universities were violating the law by not implementing the legally mandatory quota for students belonging to Backward Classes. He said that he had made a representation to Telangana Chief Minister K Chandrashekhar Rao against the NALSAR University which was not implementing 85% quota for local students besides ignoring the BC students. "While we had sought the intervention of the Chief Minister on the issue on May 6, 2019, it was NALSAR University which issued an uncalled for a press release the next day justifying the violation of the rule of reservation.

The BC Commission has been told that NALSAR University is a legal studies institution recognized by the Bar Council of India and constituted by the erstwhile State of Andhra Pradesh under the National Academy of Legal Studies and Research University Act, 1998 in the year 1998. As such, it is governed by the laws/orders/directions issued by the State Government as applicable to all State Universities.