A Gandhian colony strives for Saaf and Shandaar Hyderabad 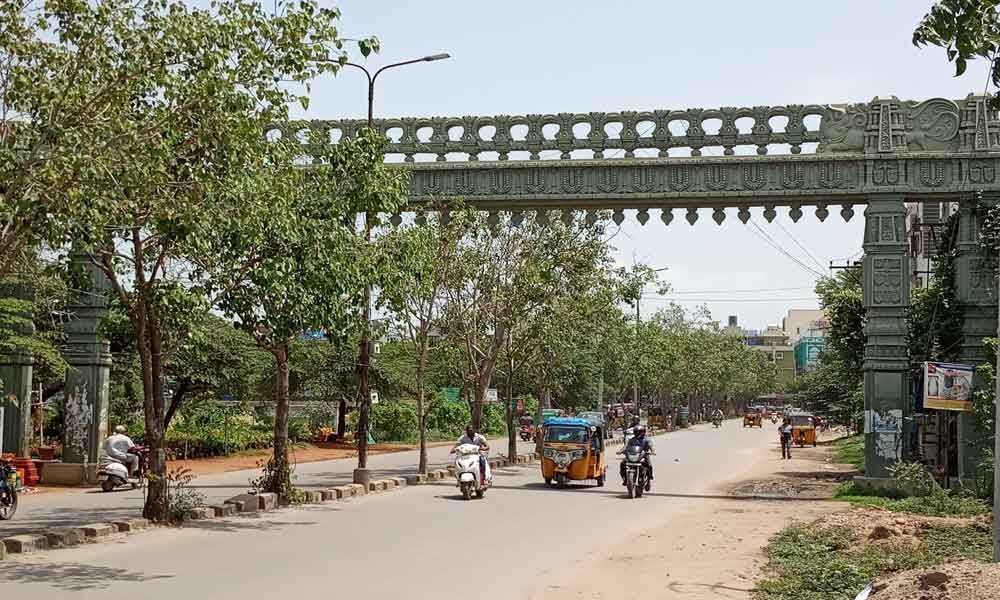 There are no wine shops, banned selling cigarette and gutkha, not using plastic bags in shops in Pragati Nagar, which is located just 3 km away from...

Pragati Nagar: There are no wine shops, banned selling cigarette and gutkha, not using plastic bags in shops in Pragati Nagar, which is located just 3 km away from the Jawaharlal Nehru Technological University, Hyderabad (JNTU).

When you cross big lake and as you go through a huge Kaman, there are plenty of warning boards on the roadside. Pragathi Nagar is the only area in entire Hyderabad city in which not even single wine shop is there in entire 3 sqkm area. Just three months ago, it was a gram panchayat, but now it comes under Nizampet municipality.

Speaking to The Hans India, Dayakar Reddy, Ex-MPTC and one of the founder-members of Pragathi Nagar gram panchayat, said "Pragathi Nagar gram panchayat was formed in the year of 1997 and in 2012 we banned wine, cigarette, plastic, gutkha, cold drinks to maintain the cleanliness in area and to make it model area." Now, it is brought under Nizampet municipality purview, and they are enforcing the same regulations as before, clean, he said.

There are several boards which warn people of 'Madhyapanam Nishedham' (alcohol ban), 'Drinking alcohol spoils happiness of the family,' 'One tree is destroyed for every 300 cigarettes, I quit smoking because my child told me to quit,' 'Save drinking water and ban plastic to save environment,' 'Open defecation banned here,' etc. They also have placed a board which informs that the Pragathi Nagar Gramapanchayat would not allow anyone to start wine shop, because selling wine, gutkha, cigarette, plastic and cold drinks is harmful to the environment as well as to human beings.

Speaking to The Hans India, Nagaraj G, who runs coconut water business, said "We have some smoking zones in some places in the area, but selling cigarettes is banned and people are very much aware of the rules and they immediately bring to the notice of Gramapanchayat if anyone flouts rules and sells banned things like cold drinks, gutkha, plastic as well as cigarette."

Here, if you go to the vegetable shop, they wrap vegetables in paper bags or else residents bring own carry bags. Mukesh Gupta, the stationary shop owner, said that, "someone came and tried to sell cigarettes, but immediately people informed the Gramapanchayat officials and they came and seized everything. Residents are also well aware of cleanliness and hygiene. and carry out segregation of wet and dry wastes every day." Pragathi Nagar has got the ISO certification as a model village long back before it became part of municipality.