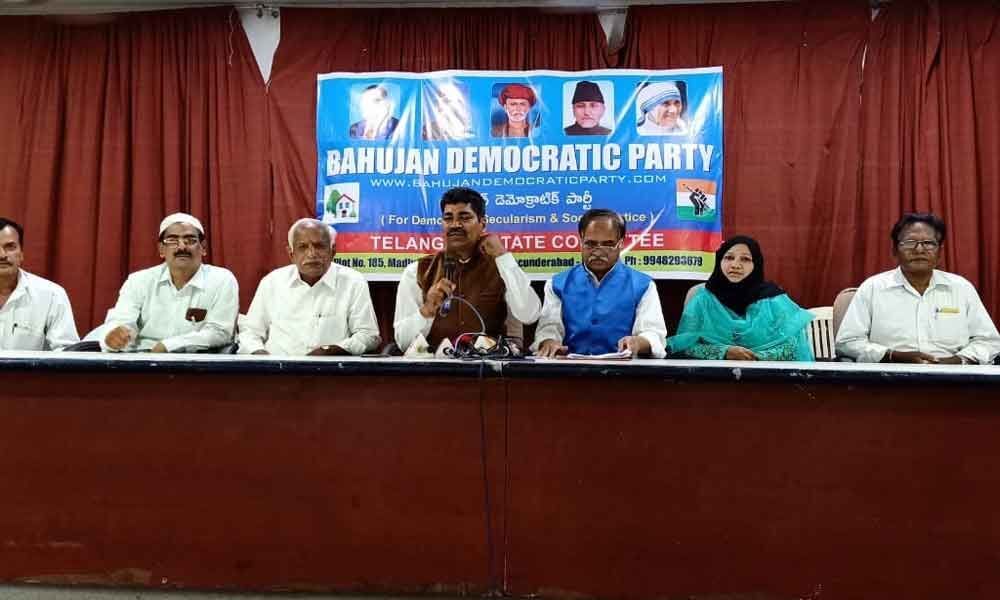 Mujib expressed his anguish over the current political developments bereft of values. He wanted the Election Commission of India to act as per the law and ensure that only those who serve the people be elected. Mujib alleged that the people's representatives were ignoring public issues and working with the sole motive of earning money.

He demanded loans for small and marginal farmers and houses/house-sites for the eligible poor. High Court advocate Nagula Srinivas Yadav demanded power supply at 50 per cent subsidy for those below the poverty line and free KG to PG education to the poor. He wanted timely loans sanctioned to farmers.