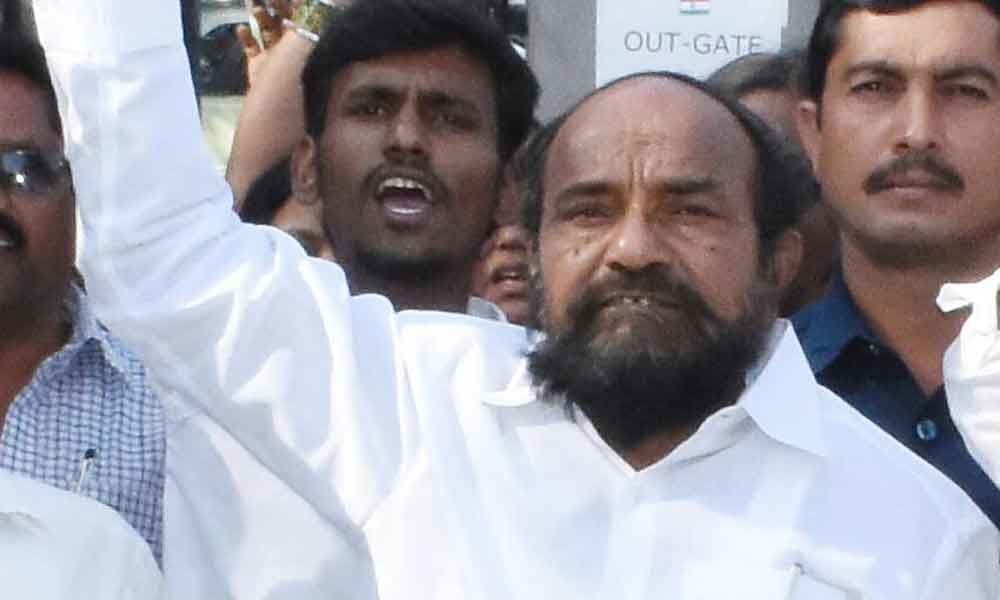 National president of BC Welfare Association R Krishnaiah has said that he sent letters to the presidents of 36 political parties that have representation in the Parliament demanding an increase in BC reservation based on their population.

Musheerabad: National president of BC Welfare Association R Krishnaiah has said that he sent letters to the presidents of 36 political parties that have representation in the Parliament demanding an increase in BC reservation based on their population.

Speaking at his office here on Sunday, he said that letters were sent on this regard to the party presidents of Congress, BJP, TRS, Trunamul Congress, Janata Dal, BSP, Samajwadi Party, Nationalist Congress, DMK, AIDMK, TDP, Communist parties, Biju Janata Dal and other parties.

It is unfortunate that not even a single party has included political reservation for BCs in their manifestos, he said. Congress manifesto does not even refer to the issue of BC reservations, he said, and added that the BJP too did not make its stance clear on BC reservations.

The communist parties that claim of working for equitable society too have not spoken about equitable representation to BCs, he said. Other regional parties, such as DMK, AIDMK, RJD and BSP, too have turned blind eye to BCs, he said. He questioned as to why the same reasoning is applied for BC reservation and women's reservation bill, which is being drafted based on the reason that women lack proper representation.

BCs too are not properly represented based on the ratio of their population, he said. Of 29 states in India, 16 states do not have single BC MP, which is unfortunate, Krishnaiah said, and urged political parties to change their attitudes toward BCs and to strive to provide constitutional validity to BC reservations. He warned of an agitation if necessary measures are not taken to increase BC reservations. He said that he would be touring various states to build a movement for BC reservations.