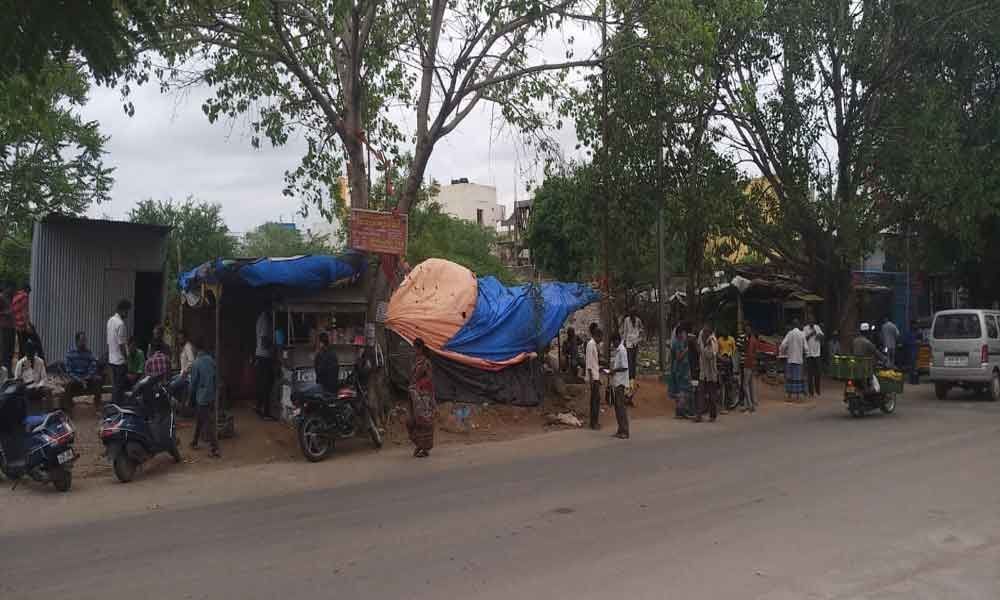 An open field and a footpath have been encroached by the street vendors, much to the discomfiture of commuters and vehicles.

Kompally: An open field and a footpath have been encroached by the street vendors, much to the discomfiture of commuters and vehicles.

The shopkeepers in every nook and corner of the city display most of their merchandise on the front portion of the shops occupying the footpath. Neither the police nor officials, take cognizance of such illegal practices.

Speaking to The Hans India here on Monday, S Chandrasekhar, a commuter, said "The road stretch between Lal Bazar to Kompally road via the Military Dairy Farm road is having several road side stalls, causing jams and creating problems. The vendors sit without any license, which has become harmful to vendors and the vehicles."

C Priya, an commuter, said " These senseless shopkeepers and vendors choke the movement of traffic, causing inconvenience to the common people. They do not know the rules and just place their pushcarts on the roads which disturbs them , pedestrians and vehicles. The concerned individuals should take action against the vendors or a lot space for them.''