Court Martial, a play by Samahaara 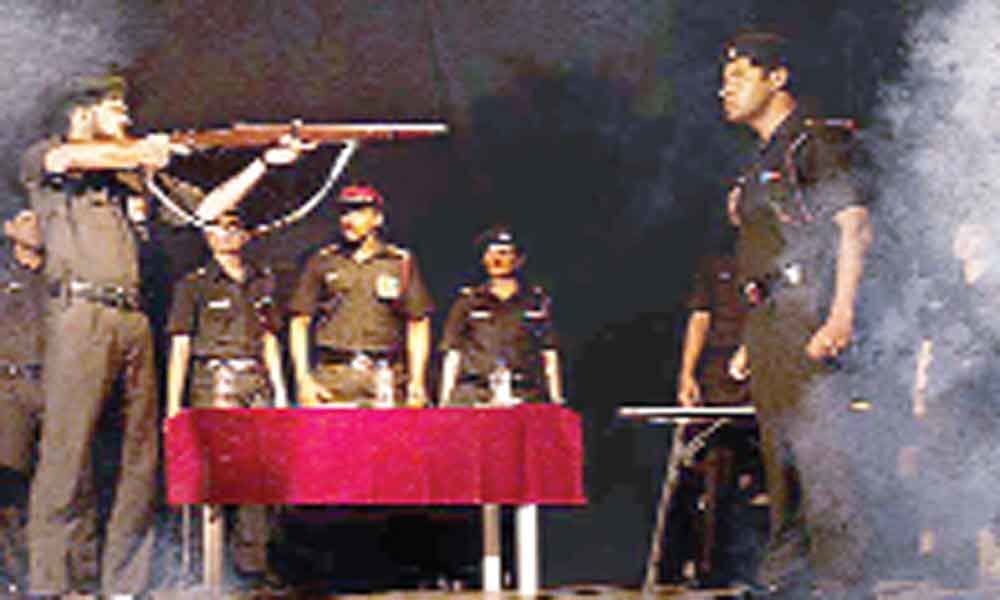 Court Martial is a gripping, engrossing and powerful play written by Swadesh Deepak. More than five thousand shows of this play have been performed across the country by various theatre groups.

Great performances, hard hitting dialogues, intense dramatic moments and a fantastic climax make this play one of the most performed Hindi plays in the last 25 years. Court Martial is the story of a recruit Ramchandar who is accused of killing his senior officer and injuring another.

Ramchandar's trial brings startling facts into light that questions the norms of society. This Court Martial is presided by war veteran Col. Surat Singh, accustomed to the brutality of life but is left completely unarmed and broken during this trial. Ramchandar's trial is not only a fight for his life but a fight for a bigger truth. A truth that is more important than his own life.