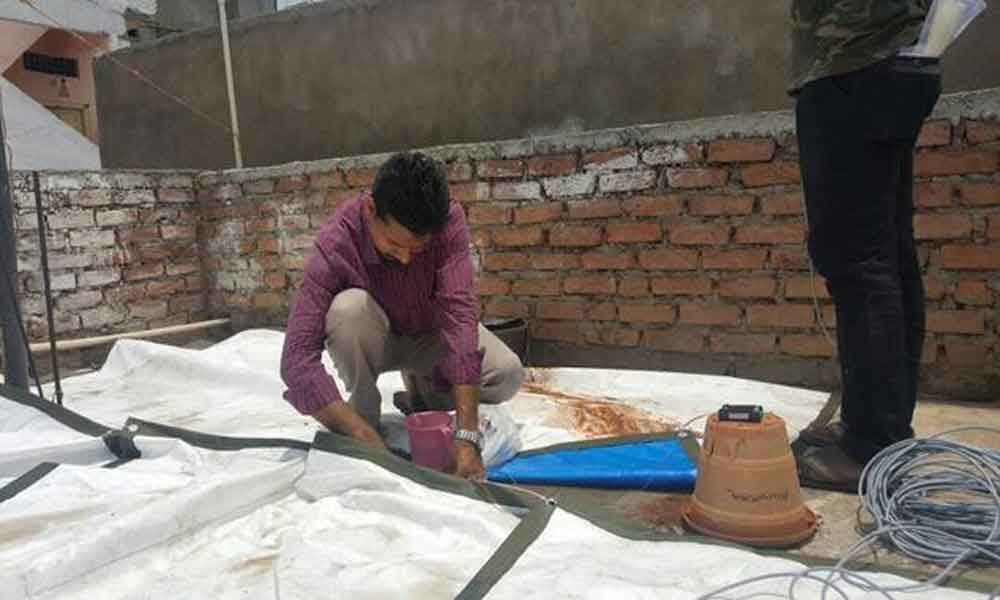 As the summer season kicks in, communities in India are experiencing extreme heat. Keeping cool is once again a major priority for the country. The demand for cooling is growing, as highlighted by the Indian government’s recently released India Cooling Action Plan.

Hyderabad: As the summer season kicks in, communities in India are experiencing extreme heat. Keeping cool is once again a major priority for the country. The demand for cooling is growing, as highlighted by the Indian government's recently released India Cooling Action Plan.

One of the key solutions to keeping cool while saving energy is adopting cool roofs. The cities of Hyderabad and Ahmedabad, two of India's fast-growing cities, are ramping up efforts with expanded cool roof programmes this month.

Cool roofs reflect sunlight and absorb less heat. Depending on the setting, cool roofs can help keep indoor temperatures lower by 2 to 5°C (3.6 - 9°F) as compared to traditional roofs. Cool roofs are designed to lower energy demand by using white materials on rooftops to reflect rather than absorb sunlight, minimising heat absorption and allowing the buildings to be passively cooled rather than relying on air conditioning. When used on a large scale, cool roofs can reduce the urban heat-island effect.

Currently, less than 10% of India's households have air conditioning units, while more than 60% of urban roofs are made from metal, asbestos, and concrete—trapping heat inside buildings.

Telangana, and its leading city Hyderabad, home of a rapidly growing IT sector, is rolling out a cool roof program for the entire state. Hyderabad, the state capital, is one of the fastest growing cities in India. With a population of about 9.1 million (2011, Census), it is the sixth most populous urban agglomeration in India.

The Telangana region is in the hot and arid Deccan Plateau, and a rising population and skyrocketing urbanization increase both energy demand and the urban heat island effect. The Telangana cool roofs pilot program is led by the Municipal Administration and Urban Development (MAUD) department and has three specific areas

The Draft Telangana Cool Roofs Program builds on a pilot program conducted in Hyderabad in 2017. As part of the state building energy efficiency program, the Greater Hyderabad Municipal Corporation partnered with the Administrative Staff College of India (ASCI), International Information Institute for Technology- Hyderabad (IIIT-H), and NRDC to implement a cool roofs pilot in low-income neighborhoods to showcase the benefits and impact of cool roofs in the city. The cool roof pilot project focused on a set of 25 low-income households.

India supplied a high-density polyethylene (HDPE) cool roof coating membrane called Tyvek for the pilot as a part of their corporate social responsibility efforts that retails in Hyderabad for ₹13/square foot ($0.2/square foot). The results found that indoor air temperatures were observed to be lower by an average of 2°C (3.6°F) in the homes with cool roofs as compared to similar homes without cool roofs.

The resident feedback survey found that 76% of the trial group residents expressed satisfaction with the cool roofs—and some of their neighbors applied makeshift cool roof membranes to replicate the success. (Courtesy: https://www.nrdc.org/experts/anjali-jaiswal/new-cool-roof-programs-india-hyderabad-part-1)