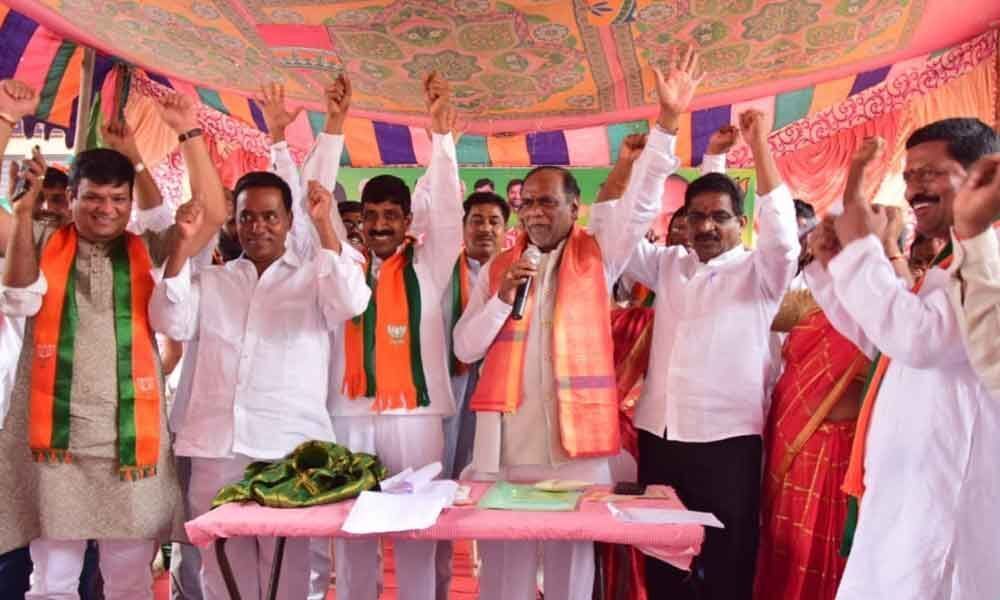 Addressing the gathering, Dr Laxman asserted that people were showing interest in BJP. He advised the party activists to focus attention on the Centre's welfare schemes, enrolling more members and strengthening the organisation. He said that at least now, the Congress and TDP leaders should know the reality and join BJP.

Kantha Rao stated that if BJP came to power in all the States, there was a chance of providing an ideal administration to people. He alleged that people in Telangana State were being deprived of the benefits of the central schemes due to the misrule of TRS.

Moosapet: Medchal district BJP president Madhavaram Kantha Rao on Thursday launched the party membership campaign in Moosapet division while claiming that people were showing interest joining in the party. This was clear from BJP winning four seats in Telangana in the Lok Sabha elections.

He pointed out that in view of the people's interest, the party activists should devote attention in explaining the Centre's welfare schemes and enrolling more members.

Among those present at the programme were BJP leaders Sridhar, Srikar Rao, Harish, Venu.