Hours of waiting in vain for Avengers fans in city 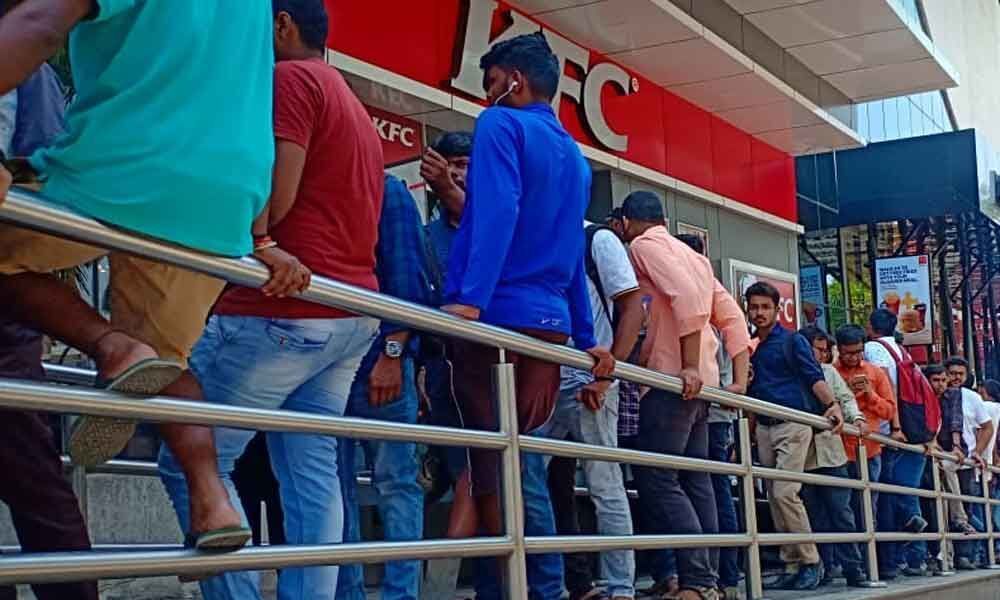 Hours of waiting in vain for Avengers fans in city
Highlights

The wait has come to an end with more than hundreds of fans of heartthrob Marvel waiting to get their first-day tickets on Wednesday – excitement was palpable in the air.

Khairatabad: The wait has come to an end with more than hundreds of fans of heartthrob Marvel waiting to get their first-day tickets on Wednesday – excitement was palpable in the air.

The thriller movie fans were however in for a shock instead of cheer. Prasads opened sale of tickets for 'Avengers: Endgame.' It would not be far-fetched to say there was a near stampede at the venue.

Eager fans waited for hours in line to get tickets for one of the most awaited movies, but were shocked to know that the tickets were sold off. They claimed that they were the first in line waiting outside since 2:30 am but were told in the last minute that already 600 of 625 seats for large screen and 250 of 300 seats in the regular screen were already reserved. People were irritated and furious, but to no avail.

"I was the third person in the line. I had been waiting for over 5 hours in line but once I reached the counter, they said tickets for the first day were over. I had to book tickets for the second day, also in the second row near the screen. I don't know where I went wrong," said Rajeshvari, a student waiting in line.

"I have been waiting for the online bookings to open for days now but they never did. I was not even a minute away from my computer, with 'Book my show' open on my screen. At 11 am when the site finally opened sales, all tickets were shown as sold out," said Yawar, a student.