Hyderabad: Many miss out on rations due to new govt fiat 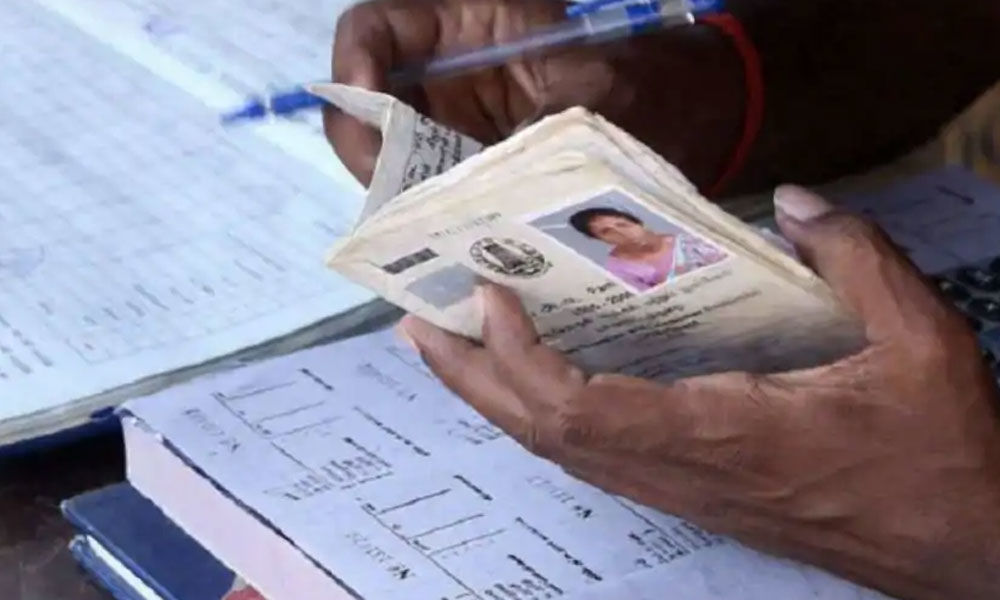 Hyderabad: Many miss out on rations due to new govt fiat

Rajendranagar: Ever since the government made the linking of mobile numbers to Aadhaar Card mandatory for the drawing of ration from fair price shops, the Aadhaar enrolment and updationcenters in the city are witnessing a huge turnout of beneficiaries.

The process of biometric (fingerprints) has been abolished now and the beneficiaries can only get the ration by revealing OTP received on their registered mobile numbers or clearing the IRIS process. However, there are many complaints of people failing to get OTP numbers and even failing in IRIS recognition.

"The new process is quite cumbersome, moreover, many beneficiaries haven't yet linked their mobile number with aadhaar card thereby failing to avail the ration. At least five out of 10 people are failing in getting the OTP number on their phone or clear the IRIS process. This has actually slowed down the process," informed Mohammed Zaheeruddin who runs a fair price shop at Hassannagar, Rajendranagar.

There is a total of 16,991 Fair Price Shops (FPS) in the state that supply rice and few other food grains on control prices to the beneficiaries classified into different economic groups. Only two districts such as Hyderabad and Rangareddy collectively have 1,593 FPSs that facilitate the distribution of food grains, largely rice and wheat, among 87,46,487 beneficiaries having Below Poverty Line (BPL) cards known as ration cards.

Just a month earlier on January 20, the government issued a circular making OTP and IRIS oriented distribution of ration mandatory from February 1. This prompted the food security card holders to rush to link their numbers with the Aadhaar card for availing ration.

The circular directed the Chief Rationing Officer, Hyderabad, and the Collectors (civil supplies) to take necessary action and issue instructions to all the Tahsildars and the field level functionaries to ensure that except biometrics (finger print) other two options such as generation of OTP and IRIS should be provided to all the card holders at Fair price shops for the smooth drawing of ration from February 1 onwards.

This has led to people throng Mee-Seva centres being set up by the Postal Department. There are around 139 centers operating in twin cities under 11 head post offices including GPO besides 128 sub post offices. Everyday nearly 60 customers are being allowed to get their aadhaar enrolled / updation at GPO. The service with present software version is more improved amplified by software modifications received from UIDAI," informed KJayaraju, Chief Postmaster, GPO, Hyderabad.