Hyderabad: Visually challenged now a ray of hope to the disabled 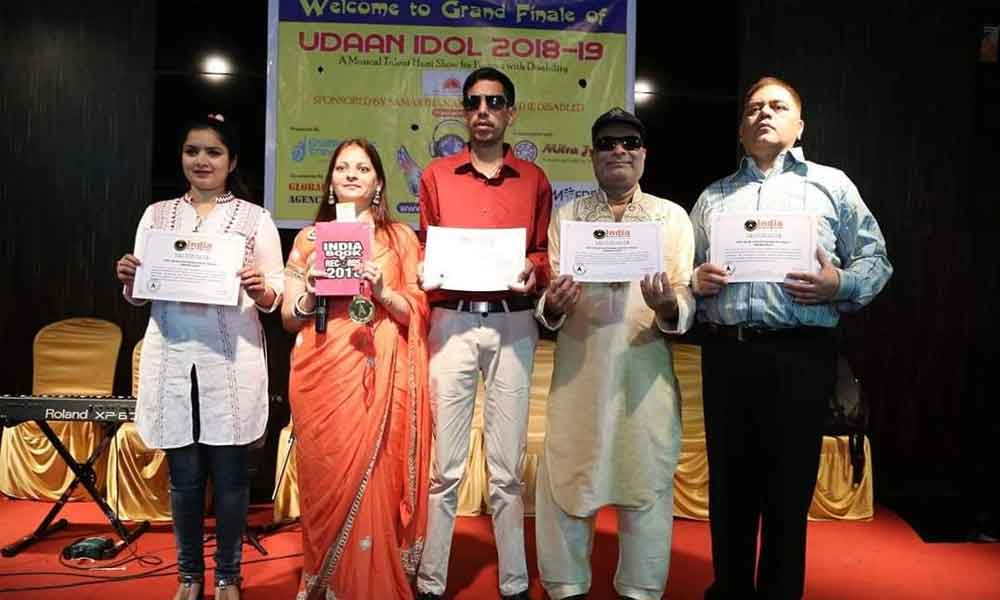 Visually challenged now a ray of hope to the disabled

Punjagutta: With an aim to help differently-abled people, a city-based visually impaired woman has set up an online radio platform for not just entertainment but also to give valuable information to the people.

This woman with a vision named her radio station 'Udaan,'which is an online radio platform that can be accessed in over 119 countries across the world. This is the only platform that helps differently-abled people with the required information regarding leanings and any other information.She serves the president and station director of 'Udaan'radio.

But soon she recovered herself and set about finding solutions to the issues of people of her ilk. "Through some sources, I have found out that visually impaired people can use laptops and computers through some training. I have trained myself to use a laptop.

With some like-minded people and with a common goal to do something for the differently-abled people we have come up with an idea to establish Radio Udaan," she said.

Despite criticism from many, Minal stood strong to make Radio Udaan reach people, "Initially, we were just a team of 6 members but currently we are 26 of us are working with Radio Udaan.She said that one the very first-day Radio Udaan was established, they were able to gain over 1,000 listeners, and in the very first month, radio Udaan got listeners of around 10,000 thousand within a short period.

And currently, Udaan has about 20,000 people audience everyday. They were able to create a change in over 10,000 to 15,000 people by teaching them various aspects through this Radio Udaan.

Minal said that there is a range of programmes, spreading information, entertainment and news.

Minal is now planning to open an inclusive school where children irrespective of their disabilities are taught in the same way a normal child is taught.