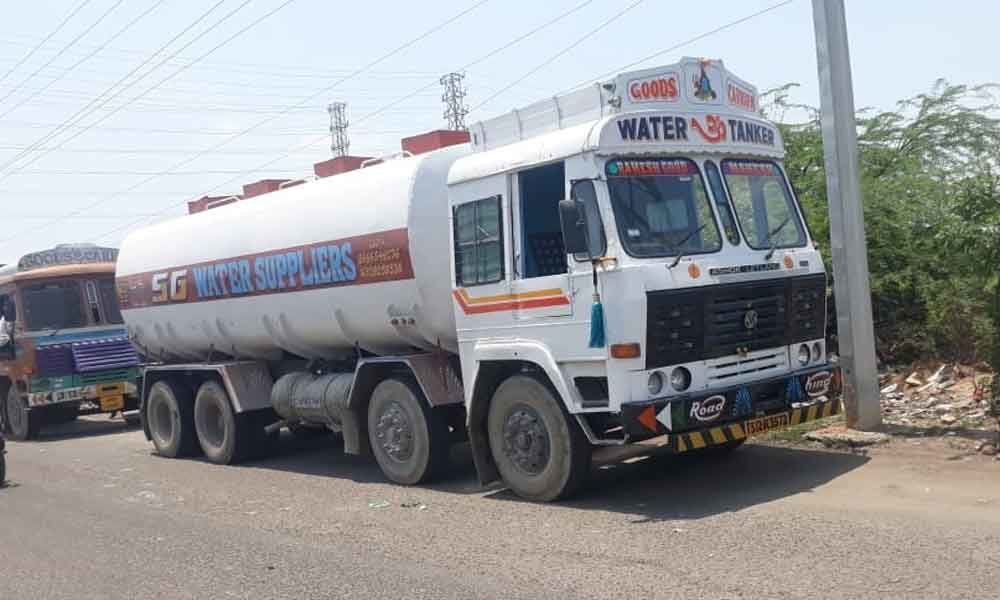 With increasing demand for water in the city, illegal water business is thriving in Kaithalapur area.

Kukatpally: With increasing demand for water in the city, illegal water business is thriving in Kaithalapur area. The area has become a hub for illegal water business as it is a scarcely populated area and no officers visit this area for checking. Several borewells have been dug in the area specially to sell water illegally.

Speaking to The Hans India on condition of anonymity, a local resident expressed his doubts that the officials concerned are bribed by the water suppliers as no officials have inspected the area so far despite the fact that many heavy water tankers pass through the area. Most of the main roads in the area have been damaged by the water tankers, he lamented.

According to reports, illegal businessmen earn about Rs 1000-2000 on each tanker and many residents expressed doubt that officials may have colluded with the illegal water suppliers. Many residents have also expressed their concern over the fast-dwindling groundwater resources and its impact on the environment. It's high time the officials concerned respond to public allegations and take necessary action against illegal water sellers, the local resident added.