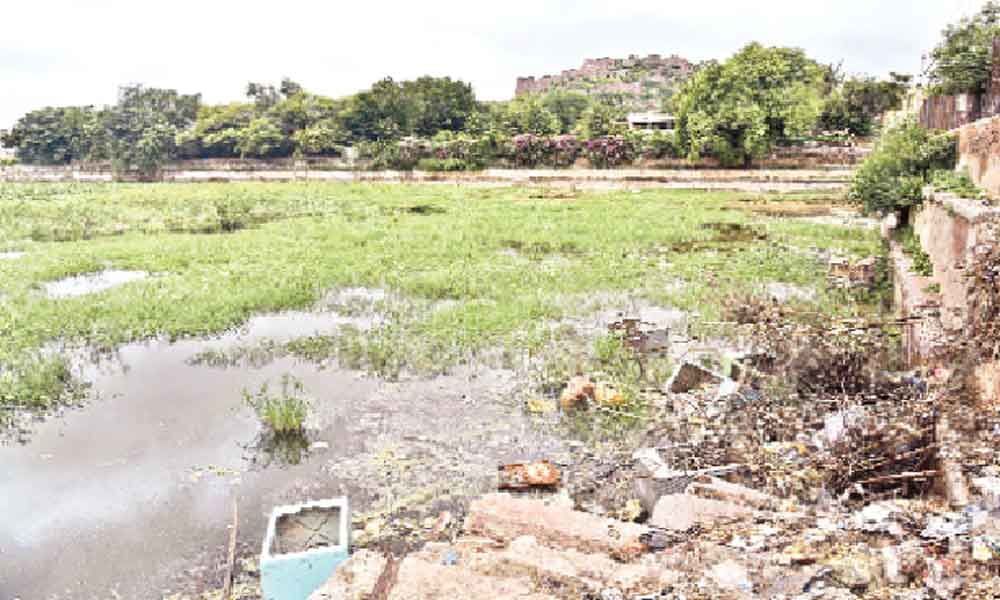 Despite all the efforts initiated to restore the once beautiful Katora Houz at Golconda with pristine waters, the tank once again appears to have...

Golconda: Despite all the efforts initiated to restore the once beautiful Katora Houz at Golconda with pristine waters, the tank once again appears to have turned into a drain tank full of water hyacinth, a fertile breeding grounds for mosquitoes.

Known as one of the tanks spreading vector-borne diseases, the residents surrounding it regularly complain of dengue fever amongst others. In the beginning of the year, ASI and GHMC completed delisting works by investing lakhs of rupees as part of the restoration of 450-year-old cup-shaped tank.

It may be mentioned here that as part of studying beautification of Golconda Fort and the state of Katora Houz, a joint inspection by officials from various departments including Archaeological, Tourism and GHMC, along with local MLA, was conducted on February 7. Karwan MLA Kausar Mohiuddin and Nanalnagar Corporator Mohammed Naseeruddin and other leaders of Karwan Constituency were part of the team that went around Golconda Fort and Katora Houz.

Higher officials from ASI, Telangana State Tourism Development Corporation (TSTDC), GHMC and others were part of the visit. During the tour, the members held discussions on measures to be taken up for further beautification of Golconda Fort and restoration Kathora Houz as well as improving tourism amenities, landscaping, feasibility of lazer shows, conservation of all monuments and parks etc.