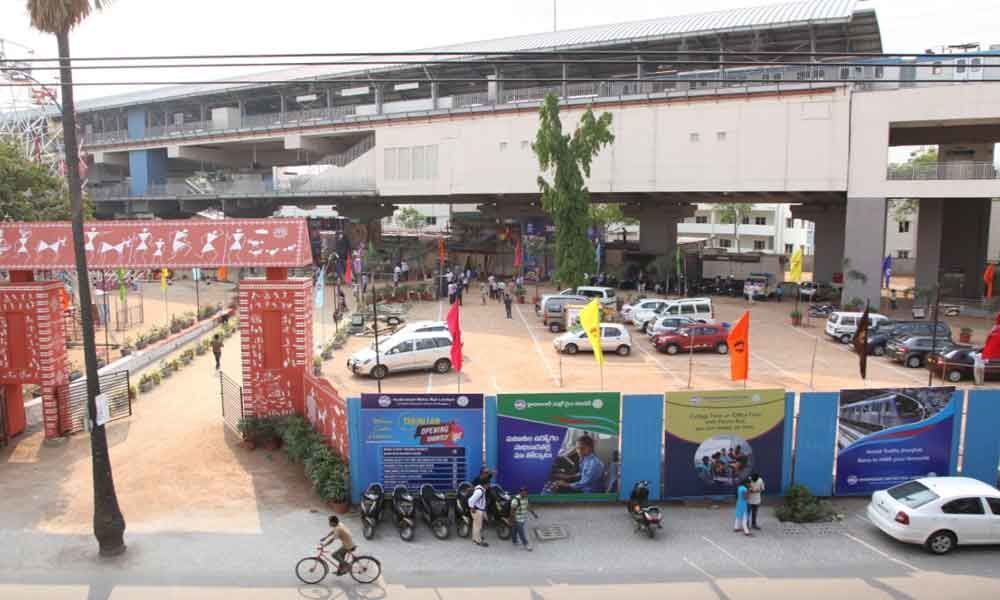 The station which city's first Metro station to be managed solely by womenhas women staff managing all functions from ticket counters to housekeeping.A group of over 20 women employees managesoperations in three different shifts.

• Natural food items will made available at food stalls

• Millets-based food, pure honey to be among attractions

Foolproof security with CCTV camera surveillance has been provided at the station. Ample parking facilities have been provided for 1,000 two-wheelers and 100 four-wheelers.

NVS Reddy, the Hyderabad Metro Rail Limited(HMRL) Managing Director, said, "In order to expose urban people to rural culture, we have constructed a small village where Telangana rural life would be showcased."

A women-oriented expo will begin on April 20 in two acres of open space around the station. This fair will go on for 60 days and it would have 150 stalls where women-centric consumer products would be available. It will also feature a number of items for children. The stallswill be managed by women only. HMLR has also arranged children play area with amusement rides.

Hari Krishna, Director of Cultural affairs, TS, said there would be cultural programmes as part of the event 'TaruniTarang.' Around 150 stage artists from Telangana would showcase their talent. Various porgrammes such asOggu Katha, Burrakatha, folk songs and many more would be organised on weekends.