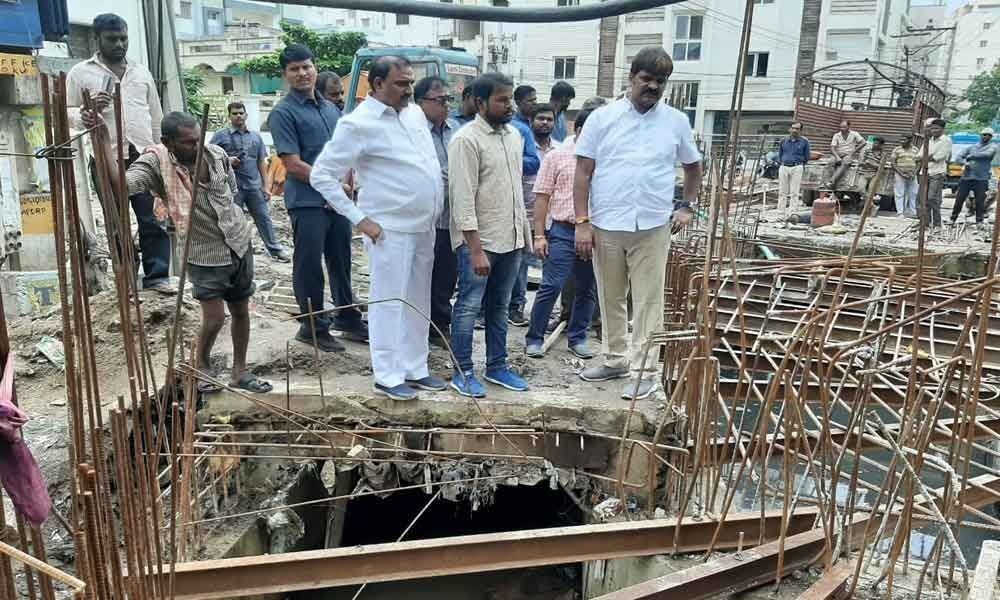 The MLA told the authorities concerned to speed up the completion of works keeping in view the rainy season so as to avoid any hardship to the residents. He pointed out that early completion of the work would provide a permanent solution to a problem which had been pending for many years.

GHMC officials, including Divisional Engineer Ramesh, Assistant Engineer Srinivas and Project AE Parmesh assured the Mayor that the work was being taken up on war-footing, while giving suggestions to the contractor.