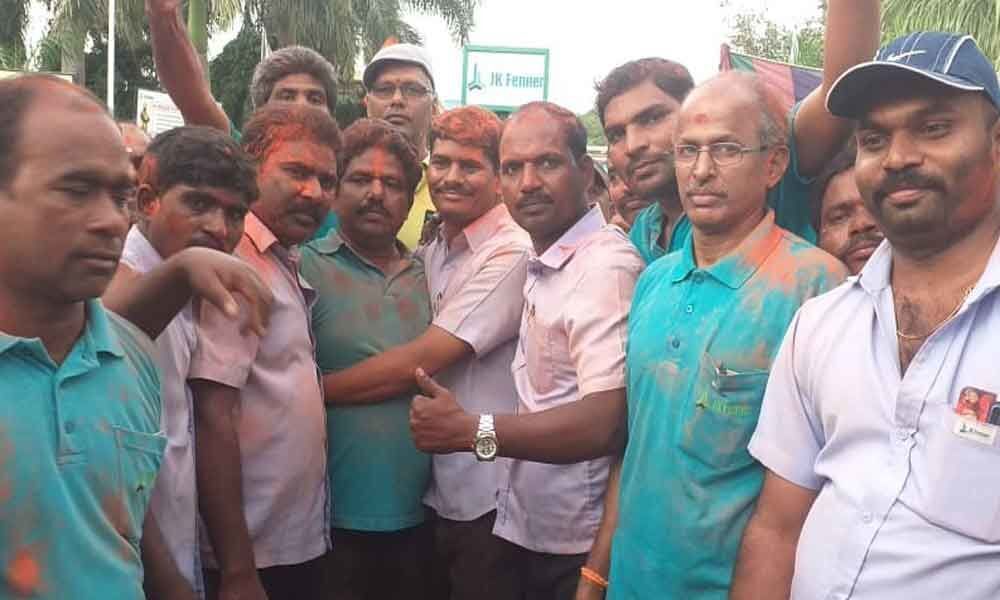 The BMS activists celebrated the victory by firing crackers in front of the industry gate. They took out a victory rally in the town to Dr BR Ambedkar statue. The sangh leaders garlanded the statue. Mallesham thanked the Pennar workers for their faith in the Sangh. BMS leaders Tirupati Goud, Mahender Reddy, Naveen and Kamruddin were present on the occasion.