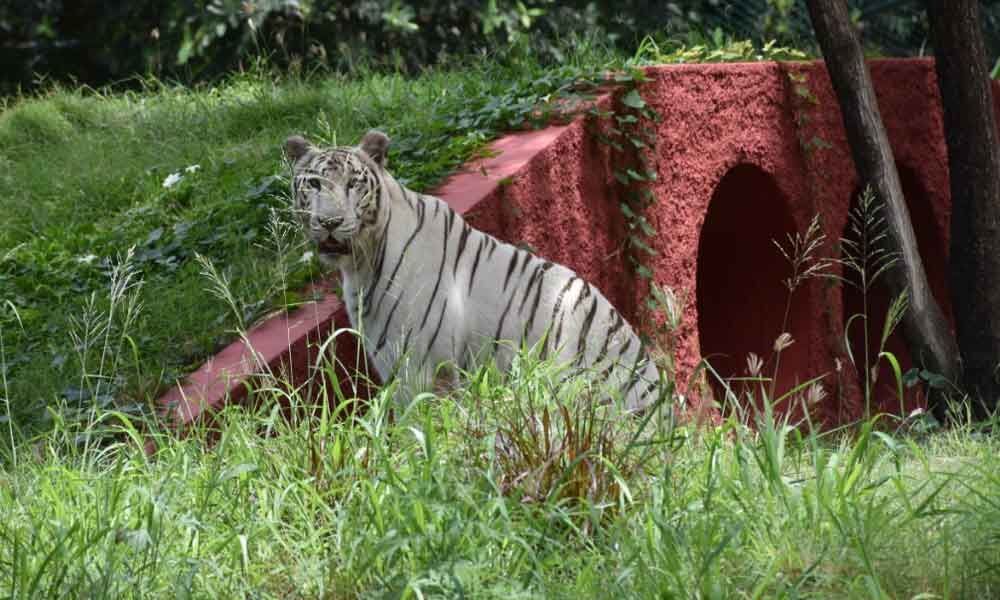 Even as conservationists are expressing their concern over intermittent reports regarding the deaths of big cats at the Nehru Zoological Park, yet, there is no grave threat to the animals in the sanctuary.

Bahadurpura: Even as conservationists are expressing their concern over intermittent reports regarding the deaths of big cats at the Nehru Zoological Park, yet, there is no grave threat to the animals in the sanctuary. When compared to other wildlife sanctuaries, the mortality rate at Nehru Zoo Park is less.

"We have just a mortality rate of 2.5 per cent when compared to other wildlife sanctuaries in north-east India where it recorded a whopping 15 to 20 per cent. Out of 2.5 per cent mortality rate in the Nehru Zoological Park, nearly 1.5% deaths are caused due to old age complications. Only 1 per cent mortality cases are of a nature wherein the disease takes a toll on the beast by the time it was detected and diagnosed," an official said on the condition of anonymity.

Generally, there is a big difference between the life of animals under wild cover and in captivity. The big cats, especially the tiger and a lion, do not survive more than 12 to 14 years in the forest where diseases are always ready to hunt them down, whereas, while in captivity, their survival under close supervision would increase further by 16 to 18 years.

"It is not possible to detect the tumour only by naked eyes as the big cats are generally hefty in appearance and the fur, especially in tigers, conceals adipose tissues," he added.

Owing to their aggressive nature, he said that the big cats were always kept in separate enclosures day and night. A pair of a male and female would be allowed to spend time together for mating, that too only for a brief period after observing that they are attracted to each other.

The Royal Bengal White Tiger, Vinay, that breathed his last on August 5 in the zoo park survived to his full length of mortality as his age was recorded over 21½ years which is much higher than the actual mortality rate in captivity.

He was born in Nehru Zoological Park itself on January 29, 1998 and was suffering from old age problems and lameness since 2018. However, the case of Badri, another white tiger that died on August 16 is quite different, as the deadliest disease detected first in his jaw did not provide sufficient time to the pathologist to diagnose the big cat.

Badri was suffering from a suspected disease that multiplied the tumour in his body so fast that the tumour started pumping from tiger's jaw and in just a month time spread to his shoulder.

Taking note of his deteriorating health, the authorities on August 13 tranquilised the big cat and treatment was provided by draining the tarry coloured blood, exudates and dressing was done to the wound. However, the swelling further spread over the region behind the ear and neck. Three days later on August 16, the 14-year-old white male tiger breathed his last.

Besides, one more female yellow tigress, Munni, died after surviving for a record age of 24 ½ years due to age related complications. Zoo park had a total strength of 11 tigers till recently. Now, only nine beasts are still alive after the loss of two white tigers including a male and female.

There are basically two types of tigers – yellow and white. The yellow tigers are called Royal Bengal Tigers and they are indigenous, while white tigers are congenitally mutant owing to birth time disorder.