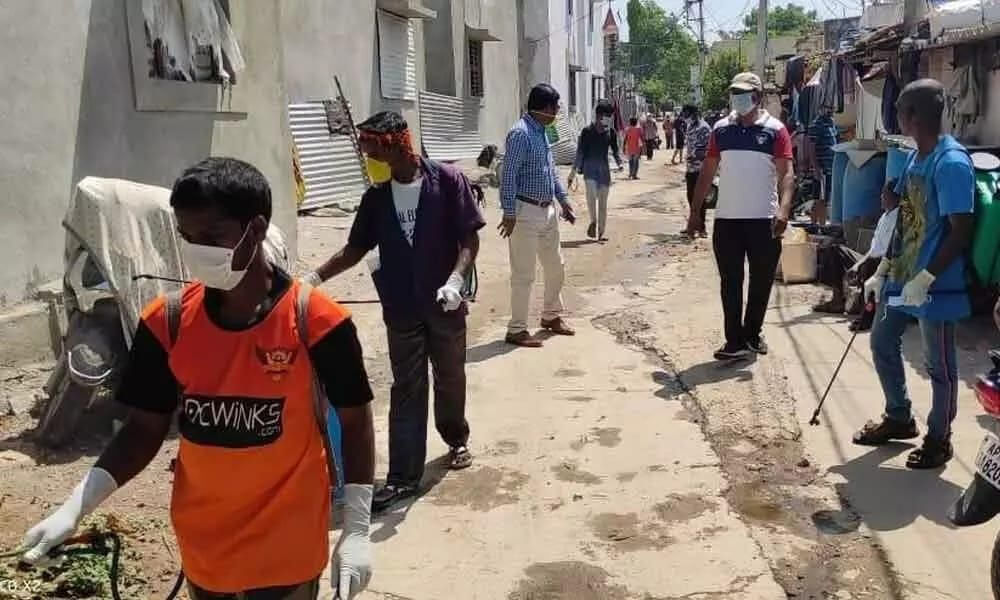 Over 200 positive cases were reported from among 350 colonies under the Secunderabad Cantonment Board (SCB) in a week, but the authorities turn deaf to the constant pleas from the residents to disinfect their areas

Secunderabad: Over 200 positive cases were reported from among 350 colonies under the Secunderabad Cantonment Board (SCB) in a week, but the authorities turn deaf to the constant pleas from the residents to disinfect their areas.

Resident welfare associations (RWAs) of SCB claimed that none of the officials for almost a week visited the colonies to conduct disinfectant and sanitation drive. "On several occasions we have requested the sanitation department of SCB to sanitise the area but no concrete step has been taken. It would be better if the officials concerned of SCB make a visit to the areas from where the cases are being reported and deploy sanitation workers for spraying bleaching powder," said Sathish Gupta, the president of Vasavi Nagar welfare association, SCB.

"Around 30 cases have been reported from Rasoolpura in the past one week (March 29 to April 4). Till late February positive cases were in single digits from the area, but since mid-March the cases are rapidly increasing. Earlier whenever cases were reported, the officials would sanitize the building and also the colony but now they do not even bother to visit," said T Ramulu, a resident of Rasoolpura.

However, the officials have denied that they are lax in containing the situation. On the condition of anonymity, a senior officer of SCB said "Residents have been requesting us to sanitise the colonies and we are already doing this. We are also spraying bleaching powder and Sodium Hypochlorite solution."