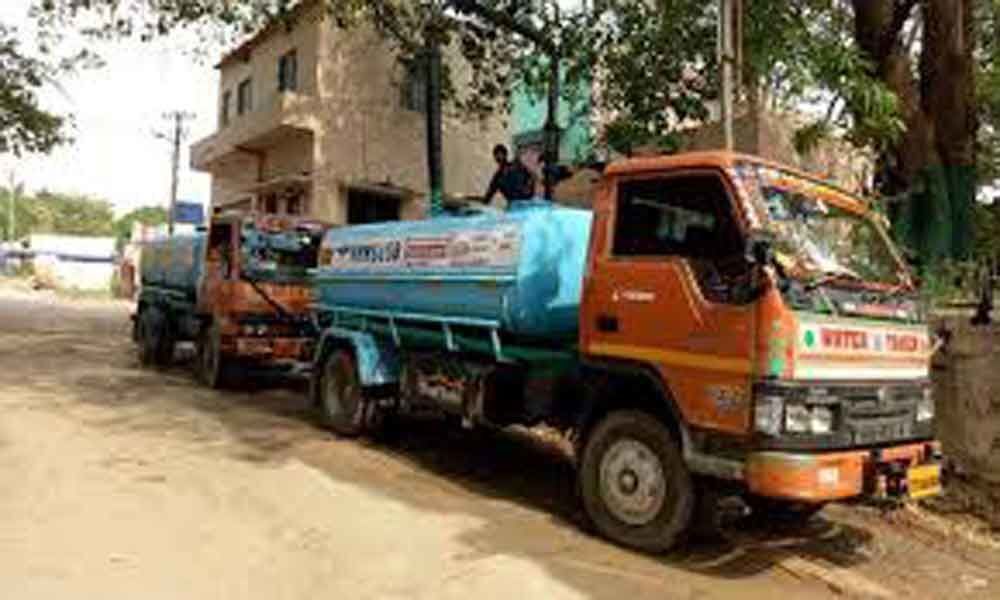 The residents of Secunderabad Cantonment are reeling under water scarcity for the last two months.

Secunderabad: The residents of Secunderabad Cantonment are reeling under water scarcity for the last two months. Water supply to the colonies is once in five days. Surya Sainath, a resident of West Marredpally, says, "I booked a tanker and paid Rs 500 with the bill number OWT23281 on May 21 and we are yet to receive water. Our calls are not answered. The officials do not have the courtesy to let us know if there is a technical problem."

• Even on the days there is supply, it is only for half an hour, flay people

• Anna Nagar used to get water once in 3 days. Now it is once in a week

Residents of Kakaguda, Vasavi Nagar, Karkhana, Balamrai, Anna Nagar and other localities have not received water supply for more than four days. Even on the days there is supply, it is only for half an hour. Madhavi, a resident says, "The pressure is so low that it does not suffice even for a day."

Due to the shortage of water, the water tankers are in high demand and have to wait for at least two days to get water. "After many requests and complaints to the CEO of SCB, after six days, today we received water, that too only for 35 minutes. As SCB water tankers are not supplying water on time, we are purchasing water from the private water tankers which are very expensive," says Kakaguda resident R Srinivas.

The SCB member for ward 3, B Anitha, blamed the SCB water wing officials for this situation. In Anna Nagar, earlier supply was once in three days but now it is once in a week. After the laying of the newly laid pipeline in Anna Nagar crossroads water flow has reduced drastically. In Kharkhana, water is supplied once in five days the case is the same in Balamrai.

She also said that Ward no 3 used to receive 6-7 lakh gallons of water, now it is only receiving 3 lakh gallons, it is not sufficient, the area where there is no borewell the water supply is through the tankers that also reduced, the official is not taking interest.

"Whenever we ask the officials concerned about this issue, they say that they are receiving less amount of water from Hyderabad Metropolitan Water Supply and Sewerage Board HMWSSB," they said.

T Satish Gupta, the Confederation of Cantonment Residents Welfare Association (CCRWA) general secretary said, "The standard answer is that they are not receiving enough supply from the Water Board." S Keshava Reddy, the SCB member for ward 2, said, "SCB procures water at Rs 13 per kilo litre, whereas the Water Board supplies water to GHMC for just Rs 7 per kilo litre. KT Rama Rao has failed to fulfill the promises he made during the election campaign to supply water on alternate days."