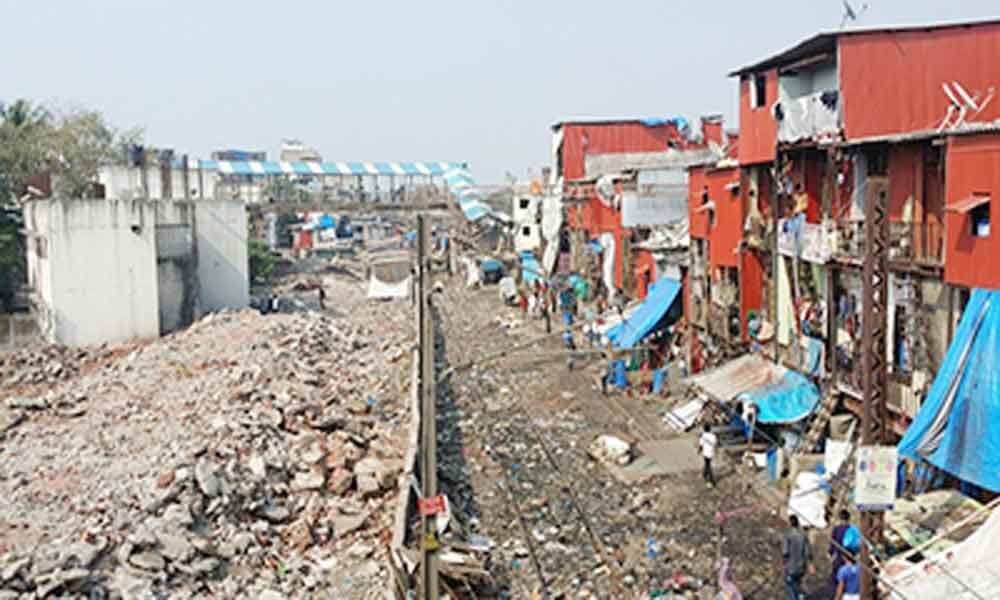 Of late, the deplorable condition of sewage drains and lack of sanitation in Hyderabad have set the alarm bells after water samples collected from different parts of the city turned out to be infested with dangerous viruses along with the presence of poliovirus in sewage water samples.

Hyderabad: Of late, the deplorable condition of sewage drains and lack of sanitation in Hyderabad have set the alarm bells after water samples collected from different parts of the city turned out to be infested with dangerous viruses along with the presence of poliovirus in sewage water samples.

According to NGRI, Hyderabad Report, the rapid growth of colonies with 95 per cent of concretisation leaving minimal space for gardens or lawns and a huge populace drawing groundwater without replenishing it are the main reasons for depleting groundwater in Hyderabad.

The groundwater levels may dip to another five meters by the end of May 2019. The poor drainage and industrial effluents percolating and mixing with groundwater also affects the quality of groundwater which is now non-potable due to high presence of totally dissolved solids (TDS) and toxins and heavy metals like lead, iron, chromium, zinc found in the water.

Recently, water samples collected from different parts of Hyderabad found that the water in the city is infested with dangerous viruses, such as the one that resulted in the recent outbreak of the drug-resistant (XDR) typhoid.

Since 2016, around 8,000 cases of the XDR typhoid have been reported with 27 per cent in Hyderabad alone, according to the Indian Medical Association. With people in Hyderabad already on alert because of XDR, in the sewage water samples tested also found the presence of poliovirus.

In order to rejuvenate and revitalise the water bodies in Greater Hyderabad, the Telangana High Court recently issued directions to the state police, revenue authorities and GHMC which were bestowed with enforcement of laws to take action against persons who try and pollute water bodies located in the city limits under the environment protection law and other laws which were implemented by the State and local bodies from time to time.

The court after perusing the status reports about lakes observed that there were certain activities by the people which were obstructing the efforts of the GHMC to protect water bodies and to rejuvenate them.

Effects of Pollution of Water

Diseases: Drinking or consuming polluted water has many disastrous effects on health. It causes typhoid, cholera, hepatitis and various other diseases.

Destruction of Ecosystems: Ecosystems are extremely dynamic and respond to even small changes in the environment. Water pollution can cause an entire ecosystem to collapse if left unchecked.

Eutrophication: Chemicals in a water body encourage the growth of algae. These algae form a layer on top of the pond or lake. Bacteria feed on this algae and this decreases the amount of oxygen in the water body, severely affecting the aquatic life there.

Affects the food chain: Disruption in food chains happens when toxins and pollutants in the water are consumed by aquatic animals (fish, shellfish etc) which are then consumed by humans.

The best way to prevent large-scale water pollution is to try and reduce its harmful effects. There are various small changes we can make to protect ourselves from a scary future where water is scarce.

Save Water: Conserving water is our first aim. Water wastage is a major problem globally and we are only now waking up to the issue. Simply small changes you can make domestically will make a huge difference.

Better treatment of sewage: So treating waste products before disposing of it in a water body helps reduce water pollution on a large scale. Agriculture or other industries can reuse this wastewater by reducing its toxic contents.

Use environment-friendly products: By using soluble products that do not go on to become pollutants, we can reduce the amount of water pollution caused by a household.