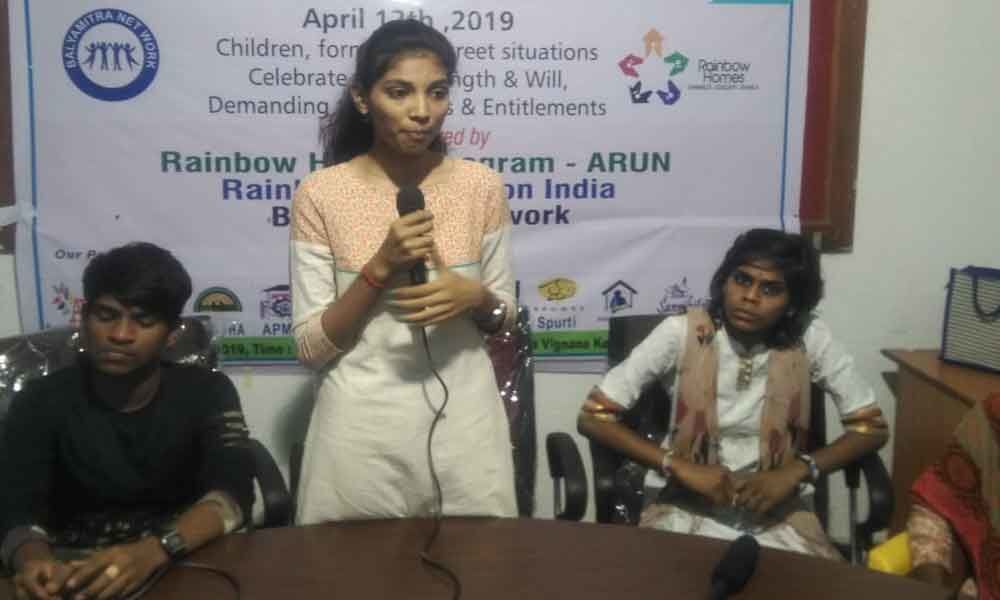 Commenting on the issue of finding shelter to the street children who have crossed 18 years, she said 'child rights' explain the ways to take care of such children and the issue would be addressed after taking it to the notice of government.

Arun Ambika, manager of Rainbow Foundation India, said that there are about 1,400 street children who have been provided with accommodation. She said most of the street children require necessary identity, Aadhaar, caste and income certificates during their studies but are facing problems in getting them from the authorities.