Will son continue legacy of Bojjala? 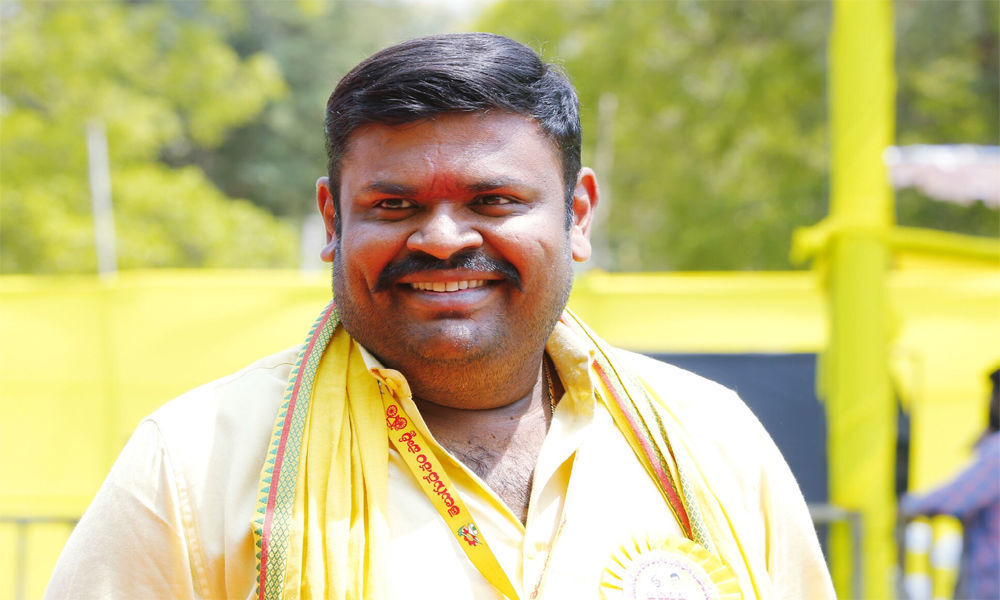 The race for Srikalahasti seat has been interestingly poised with TDP fielded a new entrant B Sudhir Reddy, son of a veteran leader and sitting MLA Bojjala Gopalakrishna Reddy against YSR Congress Party (YSRCP) candidate B Madhusudan Reddy.

Tirupati: The race for Srikalahasti seat has been interestingly poised with TDP fielded a new entrant B Sudhir Reddy, son of a veteran leader and sitting MLA Bojjala Gopalakrishna Reddy against YSR Congress Party (YSRCP) candidate B Madhusudan Reddy.

In 2014 elections, Gopalakrishna Reddy had defeated Madhusudan Reddy by a margin of 7,583 votes to win for the fifth time from the same constituency.

Since 1989, six elections were held so far out of which Gopalakrishna Reddy had won five times losing only once in 2004 to SCV Naidu of Congress, who later joined TDP after bifurcation of the State.

In 2014, SCV Naidu has supported Bojjala and sought for the ticket once the sitting MLA expressed his inability to contest owing to ill-health. However, Bojjala strongly persuaded the TDP chief N Chandrababu Naidu to give ticket to his son and succeeded in his efforts.

Upset over not getting the ticket, SCV Naidu has been holding deliberations with his followers to discuss future course of action amidst leaders from all parties approaching him for support.

Another local leader and former Chairman of Srikalahasteeswara Devasthanam Kola Anand has been contesting as BJP candidate and may secure support from a section of voters. Jana Sena has not yet announced its candidate.

Repeating the 2014 election scene, it was expected that there will be tough fight between Sudhir of TDP and Madhusudan of YSRCP in this election too. Both the candidates have been enforcing all their resources and strengths to win the election. Kola Anand has also started campaign seriously and meeting the voters. Gopalakrishna took the elections as a challenge to ensure his son's victory and was leaving no stone unturned.

The constituency was seeing only Reddy MLAs since 1952 barring three times. Before the inception of TDP, nine elections were held in which Congress won seven times and independents twice.

However, after TDP was founded, the party has secured the seat seven times, losing it to Congress twice out of the nine elections held. After State bifurcation, Congress candidate S Bathaiah Naidu got only 2,963 votes. Still he has been trying his luck this time also.

Significantly, in 2014, though TDP got majority in Assembly segment, YSRCP got 1243 votes more than TDP as far as MP voting is concerned. The politically active district has sent veteran leader and former President of India Neelam Sanjeeva Reddy to Assembly through which he became even Chief Minister. He won here in 1953 and 1955 before shifting to Dhone. The constituency has more number of SC voters followed by Vannekula Kshatriya and Balija communities.