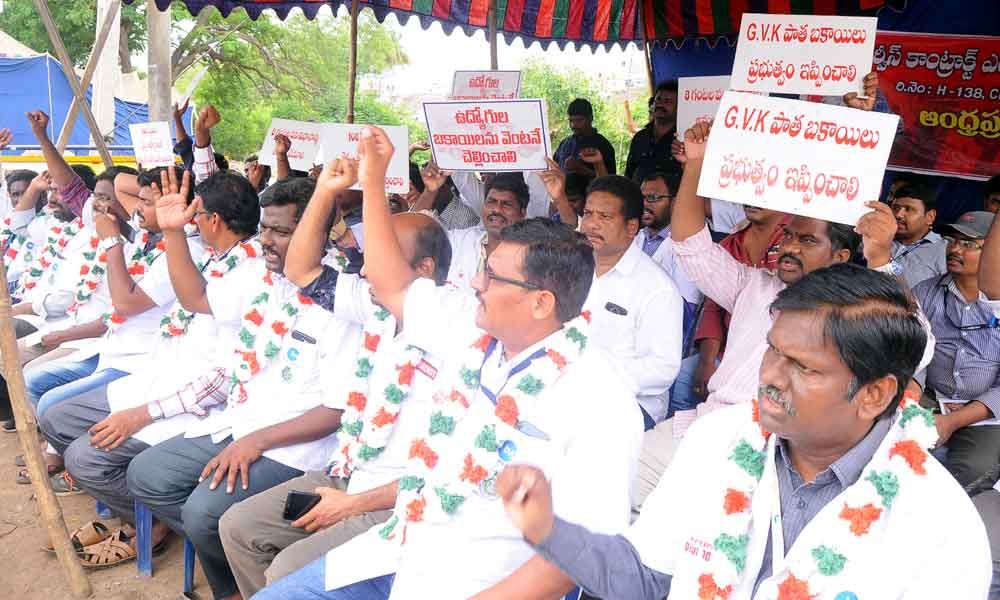 The 108 Emergency ambulance service contract employees staged a protest at Dharna Chowk here on Thursday. They demanded that the government consider...

Vijayawada: The 108 Emergency ambulance service contract employees staged a protest at Dharna Chowk here on Thursday. They demanded that the government consider them as the government servants and run the 108 service in the state by the government.

They are working for the past 13 years, 12 hours a day and demanded that the government reduce working hours to 8 hours a day. They did not get pending allowances from the previous contractor GVK for the past two years.

Speaking on the occasion, AP 108 services contract employee's union president B Kiran Kumar wanted the government to pay the salaries, allot house sites for the emergency medical technicians and the pilots working in 108 service at their mandal headquarters and to set special mechanism for the maintenance of the 108 Ambulance service in the state.