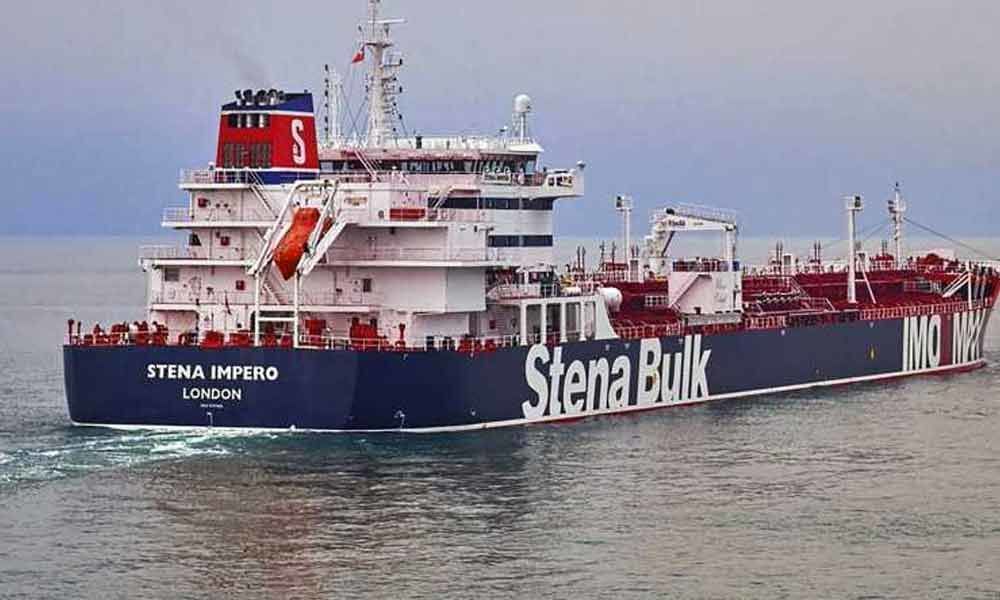 US pulled from the Joint Comprehensive Plan of Action (JCPoA) in 2018, blaming Tehran for supporting state-sponsored terrorism and conflicts.

TEHRAN: Eighteen Indian nationals are among 23 people who were onboard the UK flagged oil tanker which was seized by Iran on Saturday, said cargo vessel owner Stena Bulk.

The company also said that the vessel is no longer under the control of the crew and remain uncontactable, reported CNN.

"There have been no reported injuries and the safety and welfare of our crew remain our primary focus," Stena Bulk said in a statement. The 23 people on board are of Indian, Russian, Latvian and Filipino nationality.

Iran on Saturday seized one British tanker and stopped another in the Strait of Hormuz for "violating international regulations."

Iran announced that it has seized a British tanker Steno Impero. Hours later, US official said that Iran has also seized a second tanker, the Liberian-flagged MV Masdar, reported CNN.

However, Masdar was allowed to carry its course after Iranian officials followed up with the ship on its environmental regulations and it's no longer in the Iranian waters.

"All crew are safe and well," Mesdar's manager, Norbulk Shipping UK, said in a statement confirming that the ship had been released.

"Communication has been re-established with the vessel and Master confirmed that the armed guards have left and the vessel is free to continue the voyage," it said.

The UK condemned the seizure and said, "These seizures are unacceptable. It is essential that freedom of navigation is maintained and that all ships can move safely and freely in the region."

Meanwhile, United States President Donald Trump said that it proves that Iran is nothing but trouble.

He also noted the "US has very few tankers going in because we're using a lot of our own energy," but said the American presence in the region was still robust.

This is a second time in two months that Iran has attempted to seize a British oil tanker.

Early this month, British Royal Marines on Thursday morning (local time) had seized a supertanker on the suspicion that it was smuggling Iranian crude oil to Syria.

This comes amid strained relations and escalating tensions between Iran and the United States.