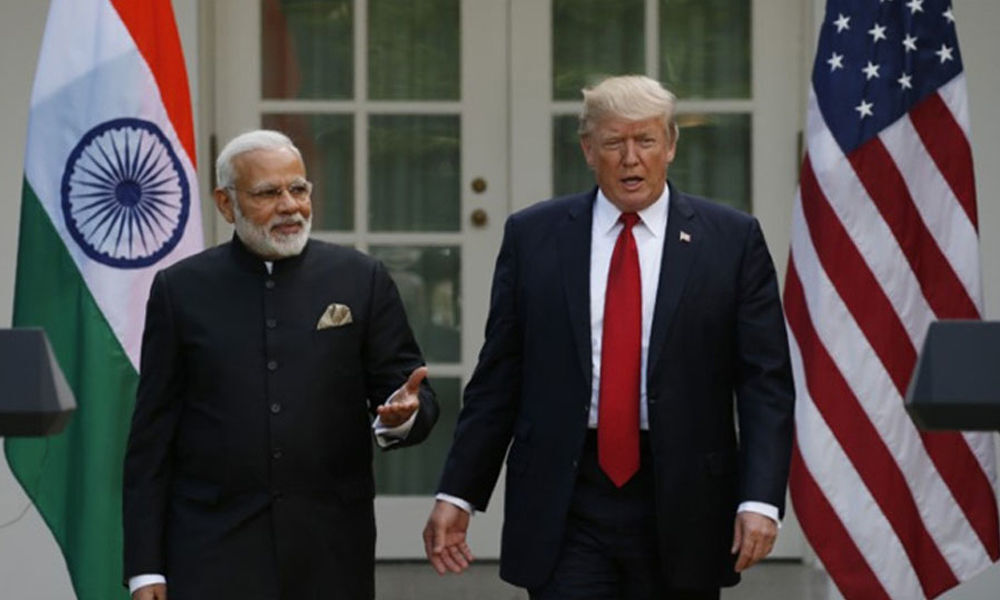 The relationship between India and the US flourished under Prime Minister Narendra Modi, an official in the Donald Trump administration has said, adding it expects the ties to improve after the Lok Sabha elections.

Washington: The relationship between India and the US flourished under Prime Minister Narendra Modi, an official in the Donald Trump administration has said, adding it expects the ties to improve after the Lok Sabha elections.

Responding to a question on five years of the Modi government and the recent visit of India's Foreign Secretary Vijay Gokhale to the US, the official said, "US-India relationship has really flourished... since Modi took power."

"The highlight, I would say, was Prime Minister Modi's visit to the White House in the June of 2017 where a lot of progress was made on the relationship. I would just say that the visit by Foreign Secretary Gokhale was just the latest illustration of the positive trajectory that the relationship is on," the official said requesting anonymity.

"We look forward to working with whoever is elected in this (general) election," the senior official said, adding there is "a lot of strategic logic" to the India-US relationship.

The official said the US expects the ties to continue to improve and the country is looking for ways of cooperation in the Indo-Pacific region in particular on Washington's converging strategic interest in that part of the world.

Describing the recent visit of Gokhale to the US a milestone, the official said the visit of the top Indian diplomat began with a meeting with Secretary of State Mike Pompeo and concluded with National Security Advisor John Bolton.

During his three-day to the US visit last week, Gokhale had important foreign office consultation and strategic security dialogue at the state department. A wide range of bilateral, regional and global issues were discussed.

"They were able to talk about our shared vision for the Indo-Pacific, ways to strengthen our defence and security cooperation. Of course, they discussed Indian Pakistan situation as well as Afghanistan," the senior official said.