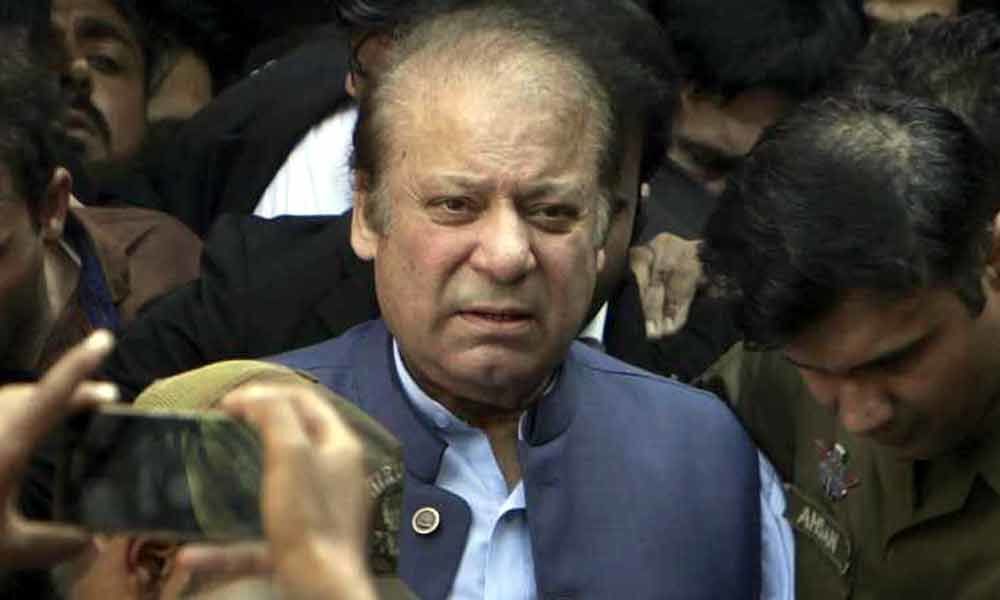 The former PM was quizzed in Kot Lakhpat Jail for over two hours over the illegal purchase and use of more than 30 bulletproof government vehicles from Germany.

LAHORE: A team of Pakistan's top anti-graft body has quizzed deposed Prime Minister Nawaz Sharif in Kot Lakhpat Jail for over two hours over the illegal purchase and use of more than 30 bulletproof government vehicles from Germany.

A four-member National Accountability Bureau (NAB) team arrived at the Kot Lakhpat Jail (Lahore Central Prison) where the 69-year-old Sharif is serving a seven-year sentence awarded to him in the Al-Azizia Steel Mills corruption case.

A source told Dawn that Sharif insisted upon being given a questionnaire, to which he would reply with the help of his legal counsel.

Maryam Nawaz Sharif, Pakistan Muslim League-Nawaz (PML-N) leader and Nawaz's daughter, confirmed the investigation by the NAB team in jail where the former prime minister is being held since December 2018 after his conviction.

In a message on her Twitter account on Monday, Maryam rubbished the investigation, point fingers at "fake Prime Minister" Imran Khan who used the Khyber Pakhtunkhwa government's helicopter for personal use was above the law.

Earlier reports said the NAB team will record the three-time prime minister's statement in the case of an alleged import of 34 bulletproof vehicles from Germany without payment of customs duty on any of them.

The anti-graft body said the cars were purchased without duty for guests of the 19th SAARC (South Asian Association for Regional Cooperation) summit in 2016, Geo News reported.

The SAARC Summit, however, did not take place as India boycotted the meeting after the Uri terror attack.

Later, Bangladesh, Afghanistan, Bhutan, Sri Lanka and Maldives also pulled out of the summit, culminating in an indefinite postponement of the summit.

According to the NAB, Sharif added 20 of those 34 cars to his own motorcade, and he and his daughter Maryam Nawaz also used the bulletproof vehicles for their personal use.

Former Prime Minister and a member of the PML-N Shahid Khaqan Abbasi's statement has already been recorded, it said.

The anti-graft body also said that officers associated with the foreign ministry misused their authority by allocating the bulletproof cars for the Sharif's family.

Sharif has been serving a seven-year prison term at the jail since December 24, 2018 when an accountability court convicted him in one of the three corruption cases filed in the wake of the apex court's July 28, 2017 order in Panama Papers case.

Sharif and his family have denied any wrongdoing and allege that the corruption cases against them were politically motivated.