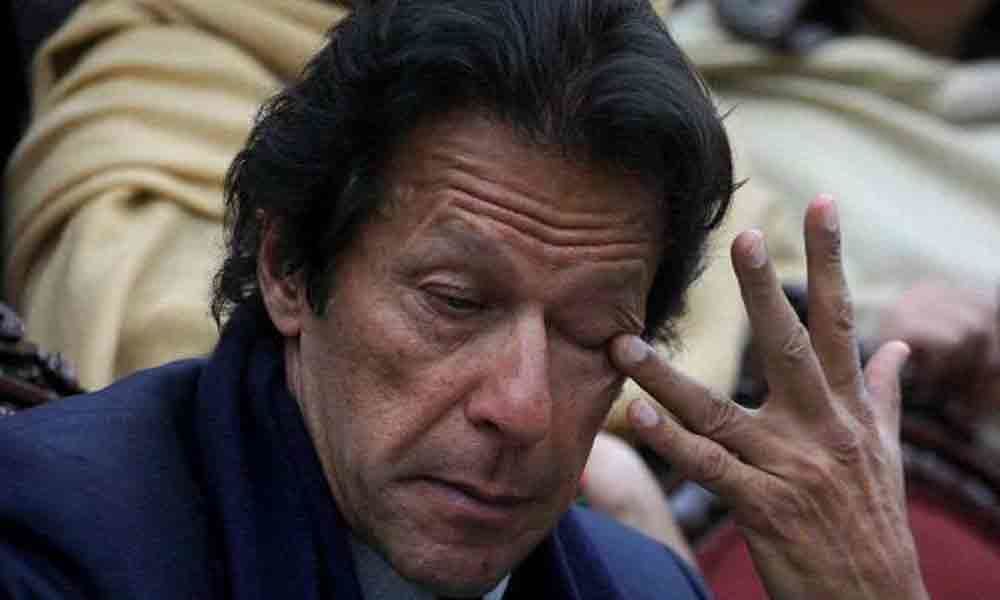 Lahore/New Delhi: Pakistan Prime Minister Imran Khan has slammed the Organisation of Islamic Cooperation for failing to speak in one voice over Kashmir as Saudi Arabia continues to show reluctance to accept Islamabad's request for an immediate meeting on the issue.

Indirectly chiding Saudi Arabia and UAE for diluting Pakistan's stand, Khan said: "The reason is that we have no voice and there is a total division amongst [us]. We can't even come together as a whole on the OIC meeting on Kashmir."

He was speaking at a think-tank during his visit to Malaysia, where he has gone to drum up support from Prime Minister Mahathir Mohammad after failing to get the sufficient backing within the OIC.

There is a growing frustration in Islamabad as it had sought an urgent meeting of OIC's Council of Foreign Ministers (CFM) to discuss the Kashmir issue, but Saudi Arabia has not been amenable to the request, Pakistan's Dawn News reported.

Support from Riyadh is considered a must for any move at the OIC, which is dominated by Saudi Arabia and other Arab countries from the Gulf.

The 57-member bloc of Muslim countries will hold the Senior Officials Meeting in Jeddah on Feb 9.

Pakistan had been relentlessly pushing for a meeting of the CFM, with foreign minister Shah Mehmood Qureshi recently asserting that it was needed to send a clear message from Ummah on the Kashmir issue.

Saudi Arabia had made several proposals to Pakistan to avoid the CFM, including giving the option of holding of a parliamentary forum or speakers' conference from Muslim countries.

A joint meeting on Palestine and Kashmir issues was also proposed, Dawn reported. Pakistan has so far persisted with its proposal as it was concerned that clubbing the Kashmir dispute with Palestine at a meeting would effectively put the Kashmir issue on the backburner.

Khan had also received a lukewarm response from Malaysia's Mahathir on the Kashmir issue as the joint statement of the two premiers refrained from mentioning it.

The statement merely recorded that the Pakistan PM had raised the issue, and not whether the two countries agreed on it.

It could signal that Mahathir is mellowing his stance after taking a strident position against India's moves to revoke Kashmir's special status and later pass the contentious Citizenship Amendment Act.

This comes after New Delhi hit Malaysia with a virtual ban of palm oil imports.