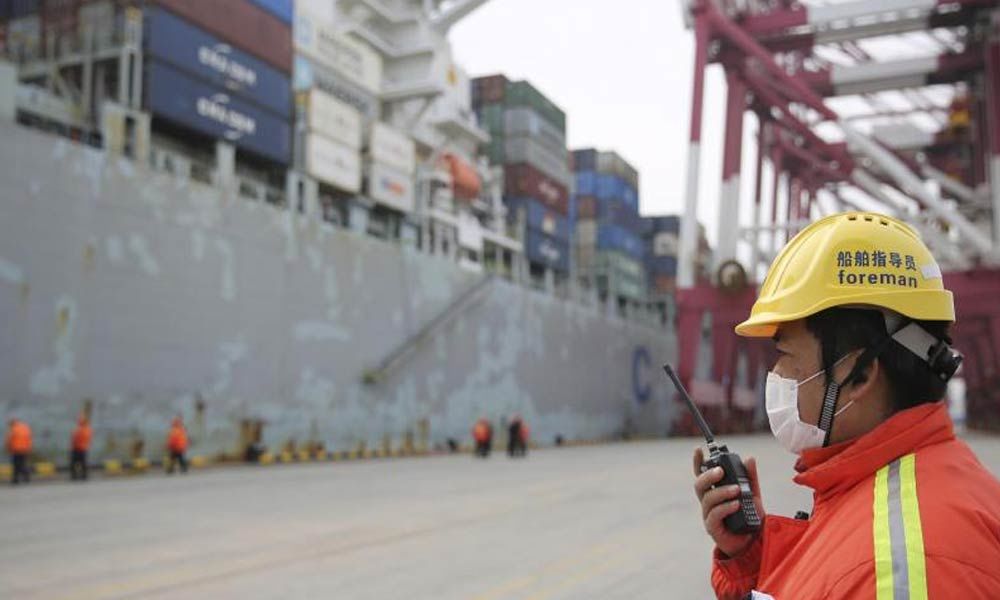 At least 20 people on board one ocean liner off the Japanese coast have tested positive for the new coronavirus, with thousands more staring at...

Yokohama: Thousands of people were stranded aboard two cruise ships in Asia on Thursday, quarantined by officials desperate to stem the spread of a deadly virus that has killed hundreds in China and spread panic worldwide.

At least 20 people on board one ocean liner off the Japanese coast have tested positive for the new coronavirus, with thousands more staring at two-week sea-borne isolation.

The outbreak on the vessel, whose 3,700 passengers and crew hail from over 50 countries, is the latest development in a snowballing global health emergency that has left more than 560 people dead, most of them in China.

Tens of thousands of people have been infected, including a few hundred in around two dozen countries.

The World Health Organisation, which has declared the outbreak a global health emergency, on Wednesday appealed for USD 675 million to fight the virus.

In Japan, more than 3,700 people were stuck on board the Diamond Princess cruise ship, which has been held off the port city of Yokohama since Monday night.

Authorities decided to quarantine the ship and test hundreds on board after a former passenger who disembarked in Hong Kong last month tested positive for the virus.

Health Minister Katsunobu Kato told parliament on Thursday that results for 102 people had now come in, with 20 testing positive for the new strain.

In all, 273 people on board were tested, including those who had close contact with the former passenger and others displaying potential symptoms.

The first 10 people diagnosed with the new virus have already been removed from the ship, which on Thursday docked in Yokohama to resupply for a quarantine that could last until February 19.

Ambulances arrived at the port, where officials could be seen dressed in white full-body protective suits, complete with face masks and helmets, to remove the additional 10 people who have tested positive.

An extendable white-tented passageway was wheeled to a door on the side of the massive cruise ship, apparently to protect the identity of people being evacuated from the boat.

"The meals have completely changed. We are definitely not on a luxury cruise!... It's going to be like a floating prison."

In Hong Kong, 3,600 passengers and crew spent the night marooned onboard the cruise ship World Dream as authorities conducted health checks after three former passengers tested positive for the virus.

City health officials said passengers would only be allowed off after tests were completed, with crew checked first and passengers to be screened on Thursday.

Two dozen countries now have confirmed cases of the novel coronavirus that emerged from a Wuhan market selling exotic animals at the end of last year.

China is struggling with a shortage of hospital beds, equipment and materials to treat those infected, despite building two hospitals from scratch and converting public buildings to house patients.

Tens of millions of people, from the eastern industrial heartlands to near the northern border with Russia, have been told to stay indoors as authorities battle to curb the outbreak.

In parts of Hangzhou, 175 kilometres (110 miles) from Shanghai, new restrictions allow only one person per household to go outside every two days.

Several governments have imposed travel restrictions over the virus, while major airlines have suspended flights to and from China.

Italy announced that passengers on every international flight would be scanned for fever and on Thursday Taiwan banned all international cruise ships from docking.

Health experts note that the mortality rate of the new virus, at around two per cent, is well below that of SARS, which killed 800 people in 2002-2003, around 10 per cent of those infected.

Two fatalities have been reported outside the mainland, in Hong Kong and the Philippines.