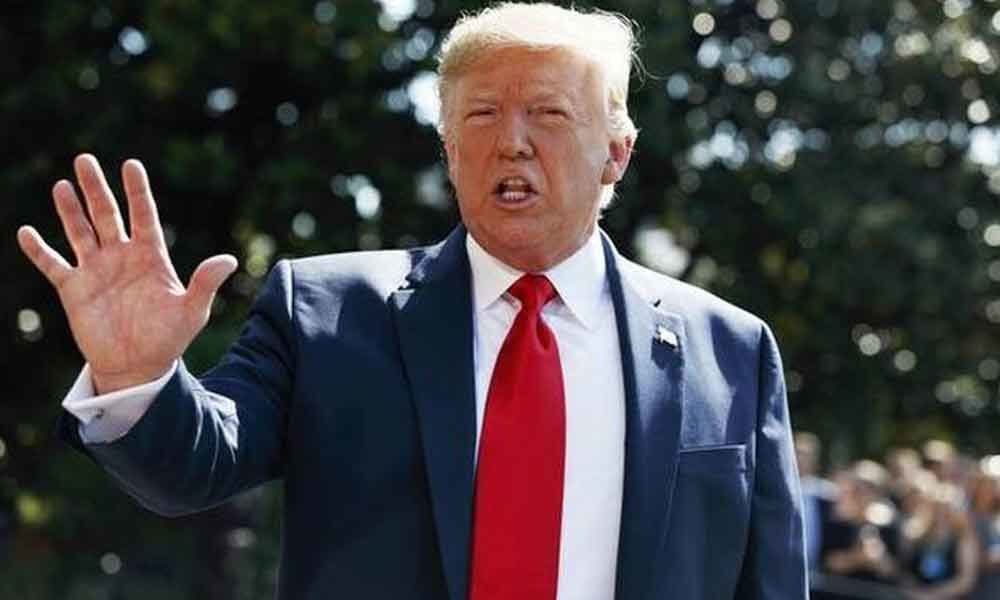 Trump, speaking to reporters at White House, also called into question whether another round of scheduled talks would take place in Sept.

Washington: US President Donald Trump said on Friday that he was not ready to make a trade deal with China and had decided that the United States would not do business with Chinese telecoms giant Huawei Technologies for the time being, prompting US stocks to fall sharply.

Trump, speaking to reporters at the White House, also called into question whether another round of scheduled talks would take place in early September. He plans to impose 10 per cent tariffs on a final USD 300 billion worth of Chinese imports around that time.

"China wants to do something, but I'm not ready to do anything yet. Twenty-five years of abuse - I'm not ready so fast, so we'll see how that works out." the President added.

Trump's comments fanned fears on Wall Street that the world's two largest economies were digging in for a longer and costlier trade war, causing major stock indexes to extend losses to more than 1per cent.

Markets looked set to end a punishing week deep in the red that started with a surprise drop in China's yuan currency to below 7 to the dollar, prompting the US Treasury to label Beijing a currency manipulator.

"Until we get some sort of tangible answers to what the (Trump) administration is going to do with China, this is going to be an overhang on the market, creating plenty of sharp swings," said Andre Bakhos, managing director at New Vines Capital LLC in Bernardsville New Jersey.

Trump stood by his currency accusation, saying that the fact that China was subsequently able to stem the yuan's slide was proof of manipulation and was offsetting US tariffs on Chinese imports, blunting their impact on American consumers.

Trump's comments dashed hopes that the US Commerce Department would soon approve some licenses for American companies to resume some sales to Huawei. Commerce in May had put the telecom equipment maker on a national security blacklist, effectively banning sales of US technology, software and services to the firm.

In late June, Trump had agreed with Chinese President Xi Jinping that the United States would ease some US restrictions on Huawei in exchange for increased Chinese purchases of US agricultural commodities while the two countries resumed negotiations to resolve a year-long tariff war.

But a two-day meeting in Shanghai at the end of July failed to yield any significant purchases by China nor progress on US demands for changes to intellectual property, technology transfer and subsidy policies, prompting Trump to announce his next round of tariffs.