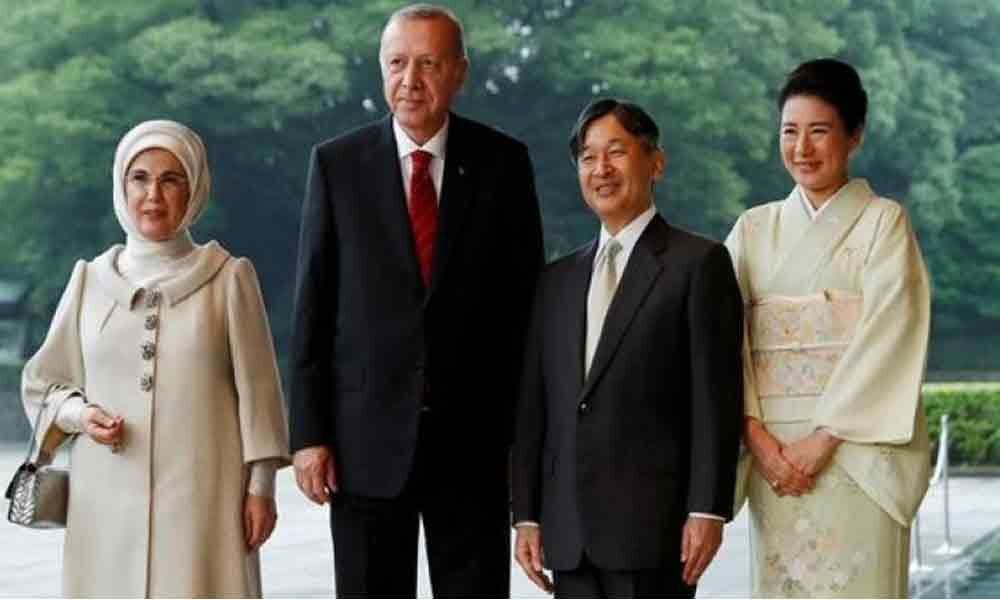 The price tag of the handbag was equivalent to a year's minimum wage of 11 people when Turkey is trying to recover from a currency crisis.

Ankara: Turkey's First Lady Emine Erdogan recently attracted criticism after she was spotted carrying a handbag that was priced USD 50,000 during her trip to Japan with President Recep Tayyip Erdogan.

Photos of Emine Erdogan's arrival at the Imperial Palace in Tokyo with President Recep Erdogan caught the attention of social media. The social media users were quick to point out that the handbag of the first lady was cost around USD 50,000.

The price tag of the handbag was equivalent to a year's minimum wage of 11 people when Turkey is trying to recover from a currency crisis, reported Ahval news.

The Erdogans in the past have come under criticism for their lavish lifestyle, which critics claim, contradicts their seemingly humble and pious discourse.

"While the citizens struggle with price hikes, the Palace does not step back from luxury," Cumhuriyet newspaper remarked in reference to the 1,150-room presidential complex built under Erdogans rule.

Turkey's economy is still recovering from the currency crisis that peaked in August, last year. Local media reports suggest that the country's unemployment rate has spiked close to its highest levels on record.