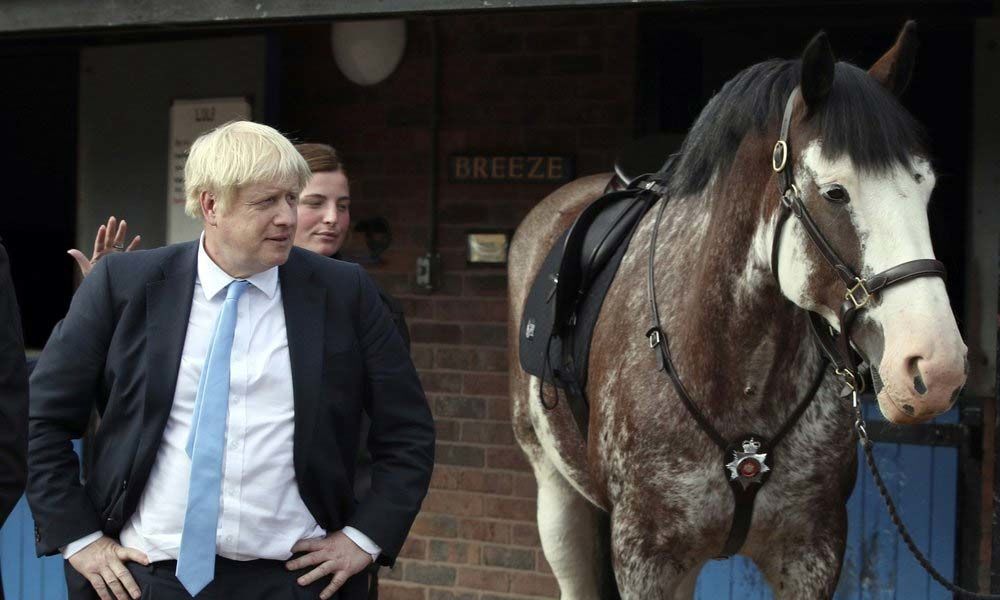 Senior European Union officials say Britain’s position on leaving the bloc is confusing and that it seems increasingly likely the country will depart without an agreement.

LONDON: The Latest on Brexit (all times local):

Senior European Union officials say Britain's position on leaving the bloc is confusing and that it seems increasingly likely the country will depart without an agreement.

Finnish Prime Minister Antti Rinne, whose country currently holds the EU's rotating presidency, said Friday that "the situation in Britain is quite a mess now and we don't know what is happening there."

He says, "it seems very obvious that we are not getting Brexit with an agreement."

European Parliament President David Sassoli says "everything seems to be rather confused. It's very difficult to understand what the British government and parliament want to do right now."

They add that the EU is prepared for a no-deal Brexit and stands united in defending the divorce agreement.

U.K. and British negotiators are holding a second round of technical talks in Brussels aimed at breaking the Brexit deadlock.

Britain's High Court has rejected a claim that Prime Minister Boris Johnson is acting unlawfully by suspending Parliament for several weeks ahead of the country's scheduled departure from the European Union.

Transparency campaigner Gina Miller took the government to court in a bid to stop the suspension scheduled for next week.

High Court judges ruled against her on Friday but said the case can be appealed to the Supreme Court.

The top court is due to hear the case on Sept. 17.

Britain's opposition parties are deciding whether to back Boris Johnson's call for an election, or try to put more pressure on the embattled prime minister first.

Jeremy Corbyn, who heads the main opposition Labour Party, is speaking to other party leaders Friday about a vote scheduled for next week.

Johnson has lost one such vote but plans to try again Monday, saying an election is the only way to break the deadlock over Brexit.

The opposition wants to be sure that Johnson can't take Britain out of the European Union on Oct. 31 without a divorce agreement. Parliament is in the midst of passing a law that would compel the government to seek a Brexit postponement.

Johnson said Thursday he would "rather be dead in a ditch" than delay Brexit.