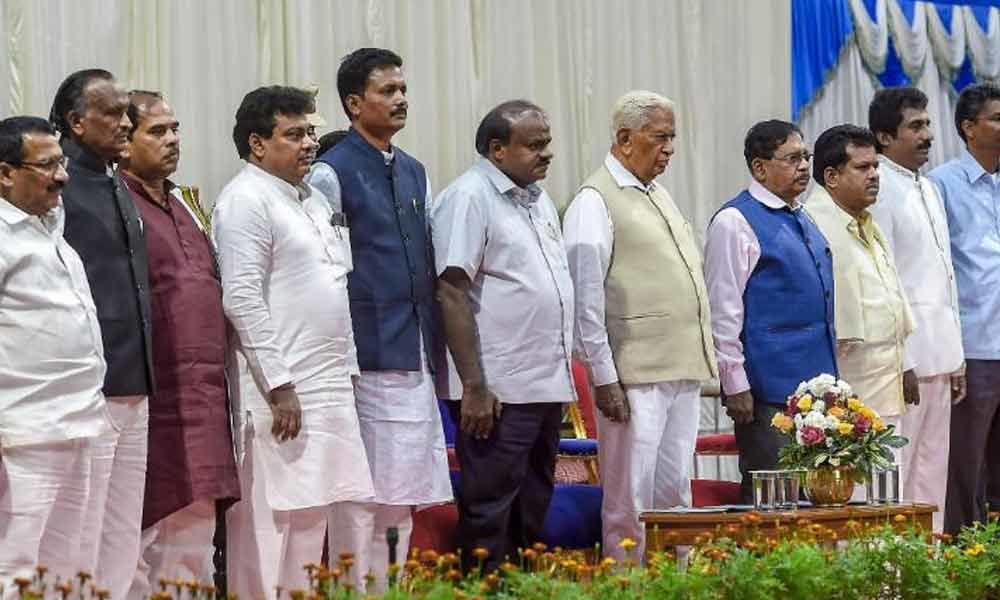 "State Governor Vajubhai Vala administered the oath of office to legislators R. Shankar and H. Nagesh at a simple ceremony in the Raj Bhavan," the official told IANS here.

Shankar is a Karnataka Pragyavantara Janata Paksha (KPJP) MLA from Ranebennur Assembly segment in Haveri district, while Nagesh is an Independent MLA from Mulbagal segment in Kolar district.