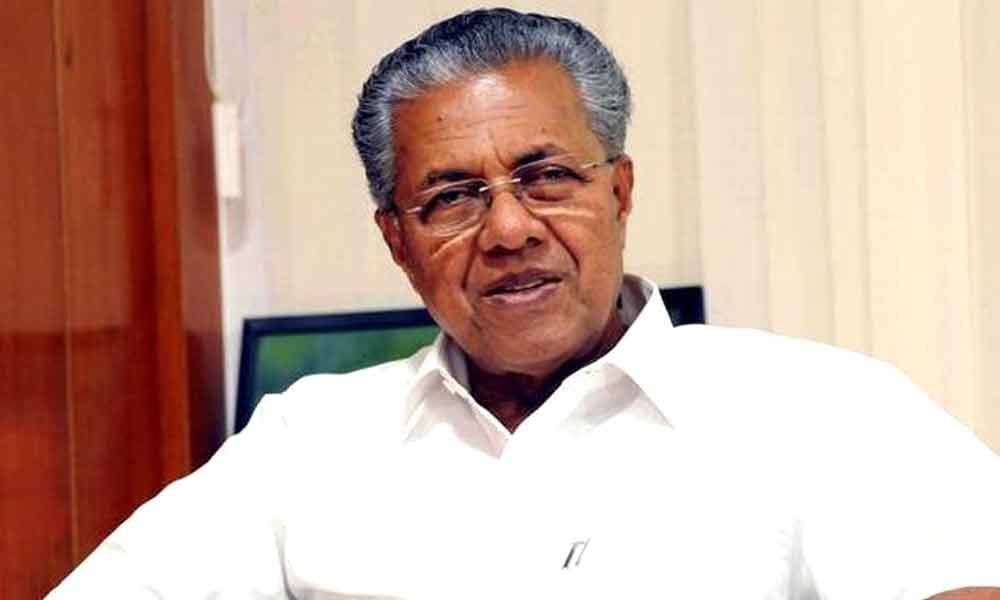 Even as the heavy rains that lashed Kerala in the past few days abated, the death toll stood at 60 on Sunday, according to Chief Minister Pinarayi Vijayan.

Thiruvananthapuram, Aug 11 (IANS) Even as the heavy rains that lashed Kerala in the past few days abated, the death toll stood at 60 on Sunday, according to Chief Minister Pinarayi Vijayan.

Compared to last year's floods which ravaged the entire state, this time it is not that bad and has affected fewer districts, Vijayan said soon after chairing a meeting of the disaster response team that functions from near his office here.

"The rains today appear to have come down and have been a big relief for those engaged in the rescue and relief operations in the worst affected areas. Today there are 1,551 camps operating in which 2,27,335 people are housed," said Vijayan.

The worst affected places are near Meppadi in Wayanad and Kavalapara in Malappuram districts and its here where the various rescue teams are working hard to recover bodies of those trapped under a huge pile of mud.

"As of now eight people are still missing in Meppadi and with the rains subsiding, the rescue works are going on well. The forecast however appears that more rains are predicted in the coming days and hence all should be on high alert and the need of the hour is all should be receptive to warnings and alerts and should listen to what authorities ask," added Vijayan.

He also expressed anguish in the manner in which some anti-social elements are taking to social media spreading canards about contributions to the Chief Minister's Distress Relief Fund.

"This fund will be used only for the needs of the affected and not for anything else. Knowing well about this, it's unfortunate that some negative campaigns are currently on and what we have found out is that the origin of this is from outside our state. The media also has a role in this to ensure that these anti-socials are curbed," said Vijayan.

"We have not yet asked for funds from the Centre and they are providing us all the support for the ongoing relief and rescue work," added Vijayan.

The maximum deaths - 18 - were reported from Wayanad, while Malappuram, Palakkad, Idukki, Kozhikode have also reported casualties.

"Today there is a red alert in Kannur, Kasargode and Wayanad and orange alerts in six other districts."

The Chief Minister said despite heavy rains, the water level had increased only in three dams while water level at dams in Idukki and Pathanamthitta continue to be low.

Even while a few long distance trains were cancelled for the day, they were able to operate short distance ones in several sectors while in few other sectors, operations are expected to begin soon.

The other good news was that the Cochin International Airport that was closed a few days back, was opened for service Sunday afternoon when the first flight landed.

"Operations have resumed and passengers can come for check-in according to the schedules," said an airport official.