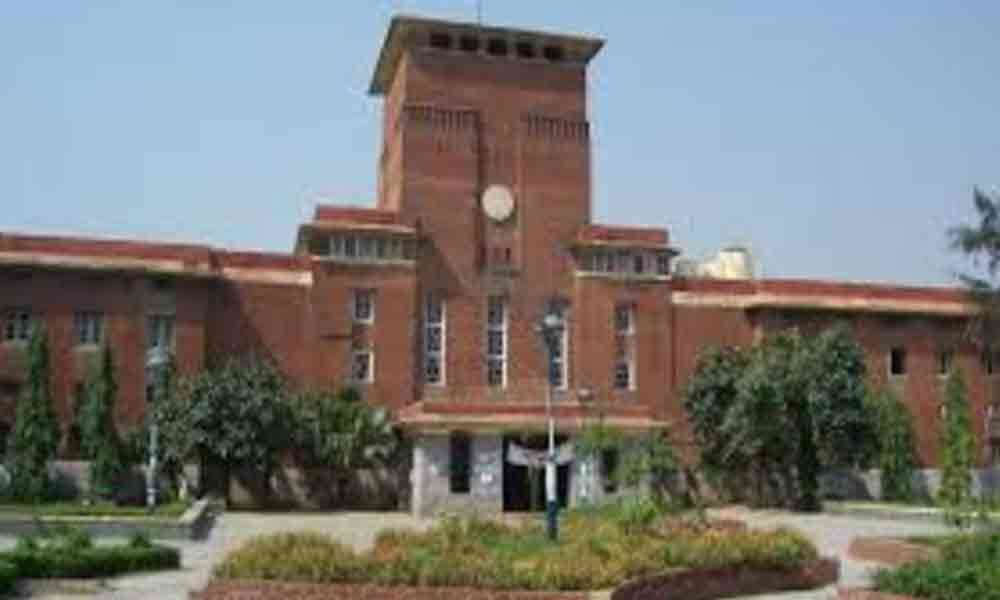 Eighty-three English teachers of Delhi University on Saturday released a statement condemning what they called "unacademic" and "politically motivated" attack on the syllabus.

New Delhi : Eighty-three English teachers of Delhi University on Saturday released a statement condemning what they called "unacademic" and "politically motivated" attack on the syllabus.

The syllabi of four subjects, including English, were referred back to the respective departments by the Executive Council of DU following protests from a section of teachers who alleged that they were "pro-Left". The teachers said it was a "democratically drafted syllabus", which involved faculty participation from around 40 colleges over a period of two years.

"It is a matter of sorrow and deep academic concern that the syllabus is now being maligned, and is sought to be scuttled, by certain political groups at the university," the statement said. They said that "at every point, discussions were minuted and circulated to ensure a continuing of the democratic spirit in which the entire exercise was undertaken".

"The syllabus has received extensive student and faculty feedback since it has been on the department website for far longer than other subject syllabi," the statement read.

In the English syllabus, new areas of study were introduced, and the syllabus was consciously decolonised to introduce students to a wide variety of writings in English, it said.

The syllabus was carefully worked out to ensure a seamless progression from school curricula, transiting into postgraduate studies. In the following of due process, the syllabus has received positive feedback from both national and international experts, it added.

"We are deeply dismayed that deliberations which have been marked by an open, free and fair exchange of ideas, are being described as 'Leftist' and 'partisan'. Nothing could be farther from the truth. It is to be noted that objections that are now being raised were never submitted during the time allocated for feedback," the statement claimed.

"It has now been two weeks since the university reopened and we are yet to receive our syllabus," the teachers rued. "Students of English Hons, BA Programme, BCom and all other Science and Humanities departments where English is taught both as a Compulsory paper and as an Elective, are being made victims of the political machinations of certain groups," the statement said.

In stalling, the passing of a rigorously worked out syllabus that has a cross section of representative texts and readings and one that has been vetted and approved by the university's statutory bodies twice, there is also a clear campaign to malign the functioning of a reputed public university, the statement added.