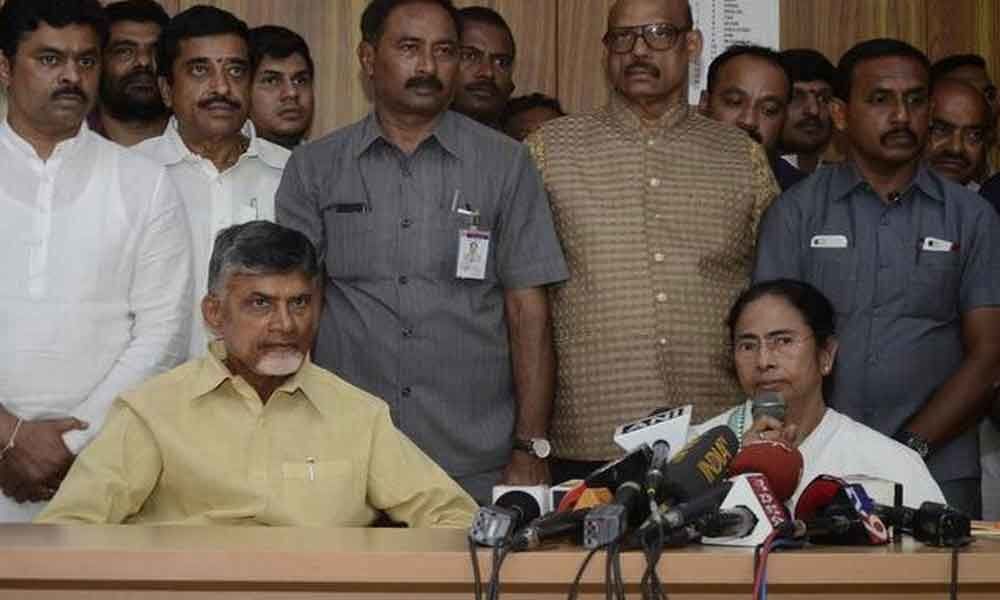 The TDP president will meet Banerjee as part of his efforts to unite opposition parties against the BJP.

The Telugu Desam Party (TDP) president will meet Banerjee as part of his efforts to unite opposition parties against the BJP ahead of the Lok Sabha election results on May 23.

"Naidu will hold a meeting with Mamata Banerjee at West Bengal secretariat this afternoon. Both will hold talks on the strategies of the 'mahagatbandhan' (grand alliance)," a highly placed source said.

During his interaction with Banerjee, Naidu is expected to brief her about his meetings with all political leaders in New Delhi over the weekend, the source said.

Dubbing the exit polls "gossip", Banerjee Sunday said she doesn't trust such surveys as the "game plan" is to use them for "manipulation" of EVMs.

Her remarks came after most exit polls forecast another term for Prime Minister Narendra Modi, with some predicting that the BJP-led NDA will get more than 300 seats, comfortably crossing the majority mark of 272 in the Lok Sabha.