Article 370 repealed : Congress self goal; Scindia, others back Centre 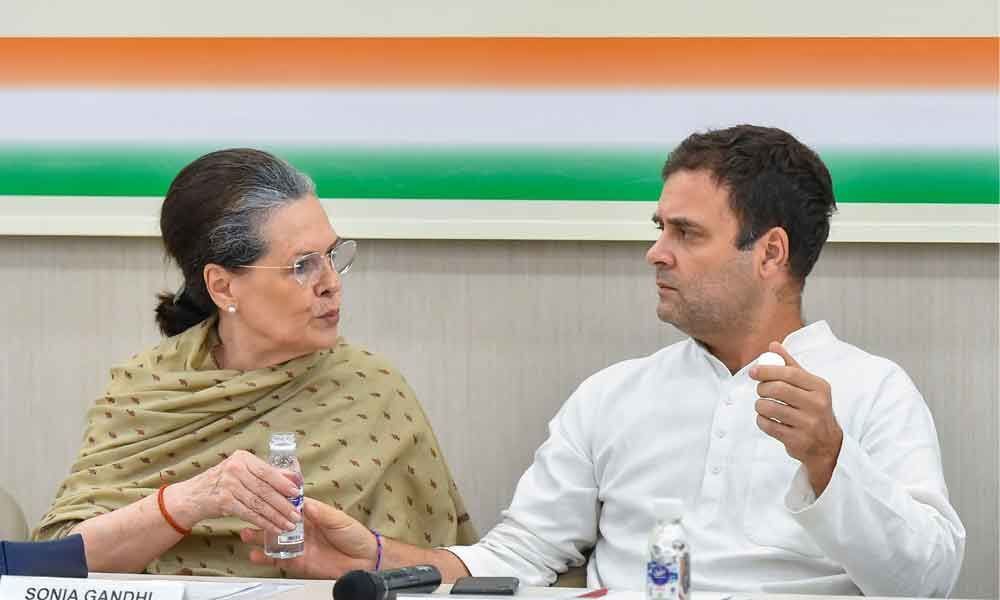 New Delhi: In a statement likely to bring embarrassment for the Congress, the party's leader in the Lok Sabha, Adhir Ranjan Chowdhury, claimed Kashmir is not India's internal matter since the UN has been monitoring the situation since 1948.

UPA chairperson Sonia Gandhi and Rahul Gandhi were unhappy with Chowdhury's remark and disapproved his statement.

While Dwivedi said a "historical mistake" has been corrected by the government, Hooda contended that the abrogation of special status "is in the interest of national integrity".

"It is a very old issue. After Independence, many freedom fighters did not want Article 370 to remain. I had my political training under Dr Ram Manohar Lohia, who was against this Article.

Personally, this is an issue of a matter of satisfaction for the nation. This historical mistake that happened at the time of independence has been rectified today, even though late, and is welcomed," Dwivedi said. He clarified that his opinion was personal and not that of his party.

Senior Congress leader Jyotiraditya Scindia became the surprise addition to the list of party leaders openly backing the government on its decision.

Reacting to the development, Hooda said, "I've always maintained that Article 370 should be scrapped. It has no place in the 21st century. However, the onus of peaceful implementation of this transition in a trustworthy environment lies on the incumbent government."

The JD(U) reminded its ally BJP of the Atal Bihari Vajpayee-led National Democratic Alliance's decision to not tinker with Article 370 to register its protest against the Modi government's move to abrogate Jammu and Kashmir's special status.

The nephew of Bharatiya Jana Sangh founder Syama Prasad Mookerjee said on Tuesday that the provisions of Article 370 of the Constitution was "promoting disharmony" among the people and needed to be changed.

Expressing happiness at the scrapping of provisions of Article 370 that accorded special status to Jammu and Kashmir, Justice (retired) Chittatosh Mookerjee said his uncle had died for this cause and it should have happened long ago.

"Separate provisions of Article 370 is promoting and harbouring disharmony among people. So it was necessary to change it," Mookerjee said.

The 90-year-old said the special provisions were "largely responsible" for terrorism and separatist activities in Jammu and Kashmir.

Congress leader Manish Tiwari found himself being trolled in the social media after he mentioned popular 2011 romance novel 'Fifty Shades of Grey' while speaking in Lok Sabha during the debate.

Soon after Tewari made a speech, Home Minister Amit Shah asked him to clarify whether Congress party is against or in support of the abrogation of Article 370 in Jammu and Kashmir.

In reply, Tewari said, "Ek angrezi ki kitaab hai, har cheez kali aur safed nahi hoti, (There is an English nove, everything is not in black and white) there are fifty shades of grey in between," he replied.

Tewari's remark did not go well with several social media users, who poked fun at his reference to the novel."Manish Tiwari seems to have read #fiftyshadesofgrey last night, and climaxed vigorously in Lok Sabha. #ShameOnCongress," one Twitter user wrote.

Another tweeted, "As soon as Manish Tiwari mention 50 Shades of Grey, the whole country now on Google.

"One user said, "Congress's Manish Tiwari suggests not everything is black or white, there are 50 shades of grey in between. And the best part is HM Amit Shah's laughter during the statement. Best debate ever."