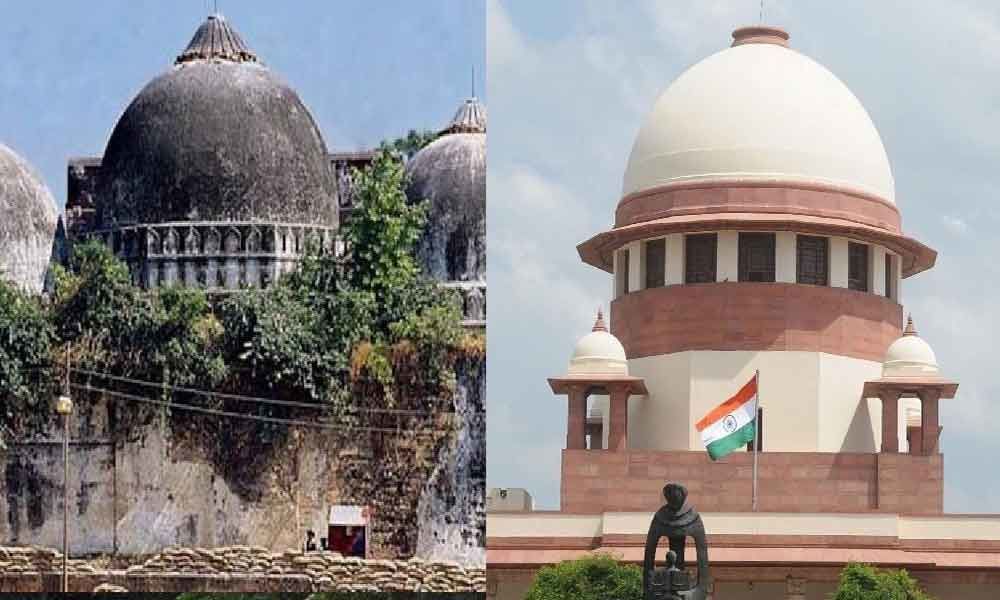 After 40 days of hearing, the Supreme Court on Wednesday reserved the judgement in the 70-year-old politically vexing Ayodhya title dispute.

New Delhi: After 40 days of hearing, the Supreme Court on Wednesday reserved the judgement in the 70-year-old politically vexing Ayodhya title dispute.BA five-judge bench headed by Chief Justice Ranjan Gogoi began the daily hearing into the matter on August 6 after the court-appointed mediation panel, headed by a former apex court judge, failed to amicably resolve the matter.

At 4 pm on Wednesday as senior advocate Rajeev Dhavan, appearing for the Muslim side was arguing, the Chief Justice called off the hearing and declared the court has reserved the judgement on the matter.

"Hearing is over, and the judgement is reserved," said Chief Justice Gogoi, who is expected to deliver the judgement before his retirement on November 17. The bench also comprises Justice S A Bobde, Justice Ashok Bhushan, Justice D Y Chandrachud, and Justice S A Nazeer.

The last day of hearing, where every of the courtroom was packed, saw extremely heated exchanges between the Hindu and Muslim side. Dhavan, in fact, shocked the court by tearing a pictorial map identifying the birthplace of Lord Ram submitted by a senior counsel representing the All India Hindu Mahasabha. This act did not go down well with the bench, and the Chief Justice expressed his anguish.

In the first half of the day, Hindu parties argued and urged the court to correct the historical wrong where a mosque has been built on a site considered holy by Hindus. In turn, Dhavan said that the Muslim parties seek restoration of Babri Masjid as it stood on December 5, 1992. "The demolished building belonged to us. The right to reconstruct it also belongs to us. Nobody else has the right," he submitted.

He even used unfavourable language against a lawyer for the Hindu side, who had argued on the Islamic law, and referred that the Babri Masjid was not an Islamic structure. "The Sultanate began only in 1206. Islam is an extremely attractive faith for people living in a caste-ridden society," Dhavan submitted before the bench. The court now has asked counsel from both sides to submit their written submissions on the moulding of relief in the matter.