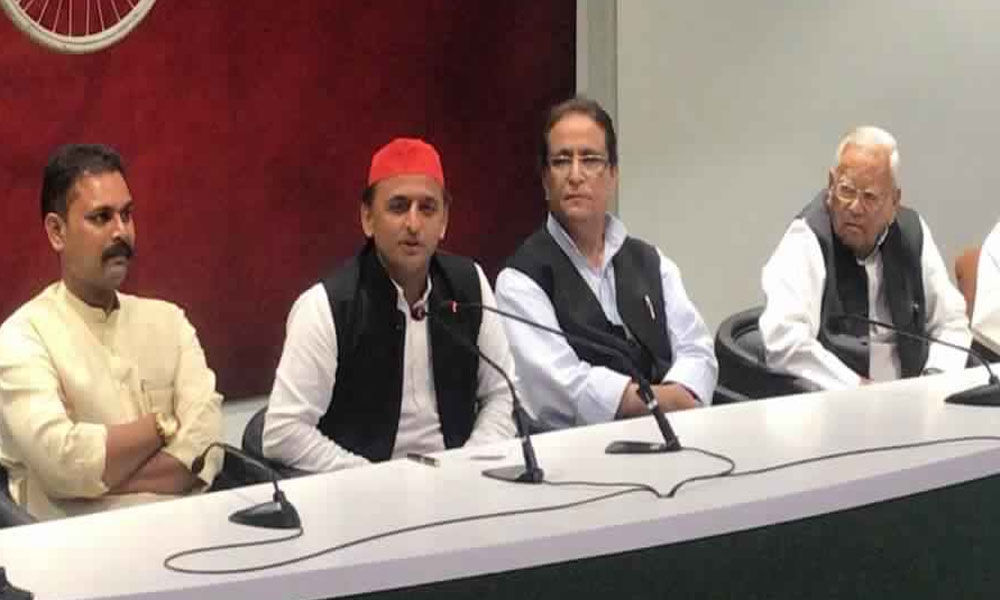 Verma said his other fault might be that he did not prefix the word 'chowkidar' to his name in Twitter profile.

Lucknow: BJP MP Anshul Verma joined the Samajwadi Party on Wednesday after he was denied ticket by the Bharatiya Janata Party for the Lok Sabha polls.

"I have joined the SP without any conditions. My fault for denial of the ticket might be that I had raised voice against a distribution of liquor in a temple premises at a conference of the Pasi community, to which I belong," Verma said. "I was hurt by this and had also written to Chief Minister Yogi Adityanath," Verma told reporters at the SP headquarters in presence of party supremo Akhilesh Yadav.

Verma said his other fault might be that he did not prefix the word 'chowkidar' to his name in Twitter profile. He was denied ticket by the BJP for the Lok Sabha elections and the party has fielded Jai Prakash Rawat from the Hardoi seat, held by Verma.