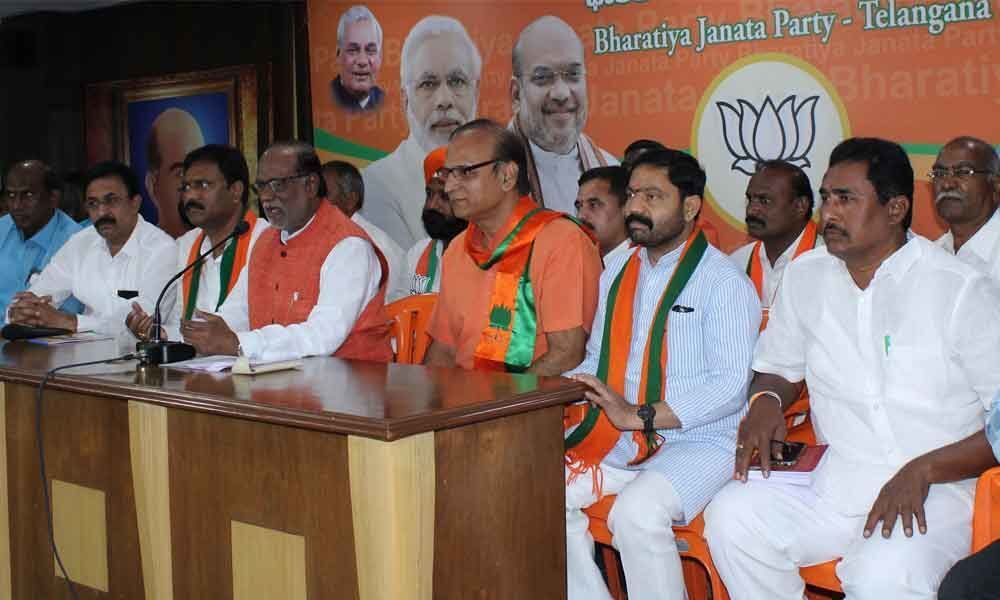 Addressing media here on Thursday, State BJP president Dr K Laxman said the party will be inviting party chief and Union Home Minister Amit Shah for the meeting to highlight the glorious past of the freedom struggle launched to free the people of the State from the clutches of the Nizam rule.

He said, "During the separate Telangana moment TRS chief K Chandrashekar Rao challenged the former Chief Minister K Rosaiah on behalf of four crore people of Telangana to give an answer as to why the Telangana Liberation Day was not celebrated officially.

However, after coming to power. However, following the footsteps of the Congress and under pressure of Majlis he never did the same.

Now, I am challenging him as the State party chief of BJP as to why he is not officially celebrating September 17," he asked.

Laxman said if the State government fails to come forward to celebrate Telangana Liberation Day, then, the BJP will be celebrating the same across the State.

For this, a committee has been constituted to chalk out an action plan to organise meetings, round table discussions and other programmes roping in poets, artists, families of the martyrs and all other stakeholders associated with the liberation struggle.

If needed, a State-wide tour will be taken out to create awareness among the people to highlight the glorious history of Telangana Liberation struggle.

Besides, the party will expose the conspiracy of Congress and TRS along with Majlis for insulting the martyrs and sacrifices made by people of the State to free it from the Nizam rule, he added.

Further, the party will also organise an exhibition to highlight the freedom struggle of Telangana people.