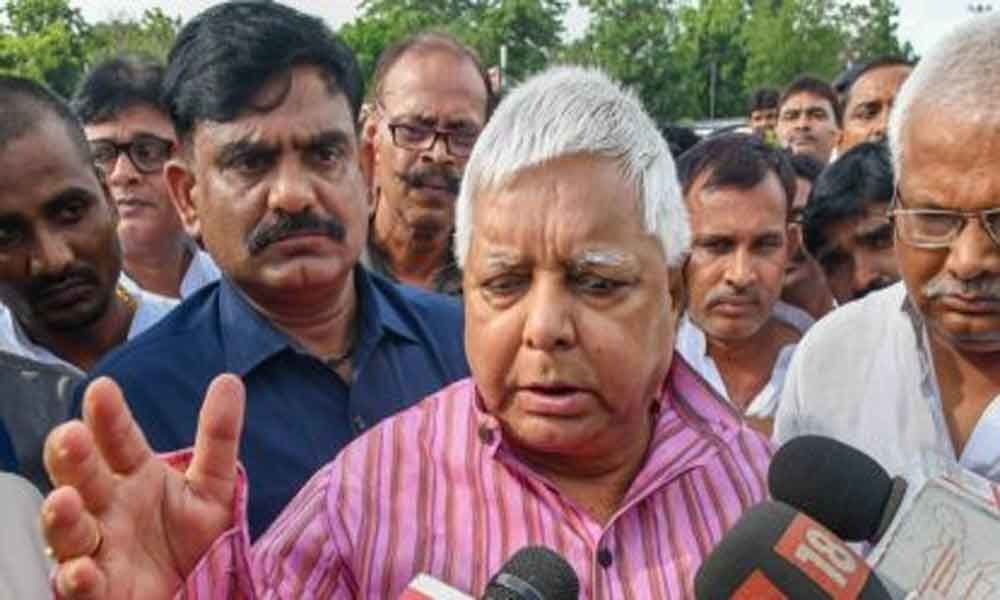 The probe agency said in any case Yadav has been in a hospital ward for over eight months and indulging in political activities.

New Delhi: The CBI on Tuesday opposed in the Supreme Court the bail plea of RJD supremo Lalu Prasad Yadav, who is serving jail term in connection with fodder scam cases, saying he is likely to indulge in political activities ahead of Lok Sabha polls.

The CBI, which sought nod from a bench headed by Chief Justice Ranjan Gogoi to file its response to the bail plea of Yadav, said the RJD leader is likely to get involved in political activities and misuse the grant of bail ahead of upcoming Lok Sabha polls. The probe agency said in any case Yadav has been in a hospital ward for over eight months and indulging in political activities.

"During the period in which the petitioner (Lalu Yadav) remained in hospital, he is not only granted a special paying ward with all facilities but he is virtually conducting his political activities from there which would be clear form the list of visitors," the CBI in its reply said.

The agency further said Yadav who claimed to be so unwell that he cannot even remain in jail has now suddenly become physically fit and is seeking bail.

"It is submitted that simultaneous raising of pleas for bails on medical grounds and bail to guide the party and to carry out all essential responsibilities as a party president in ensuing Lok Sabha elections are mutually contradictory and manifest that in the garb of bail on medical ground the petitioner in essence wants to pursue his political activities which is impermissible in law," the CBI said.

The RJD chief, currently lodged in the Birsa Munda Central Jail in Ranchi, has challenged the January 10 verdict of the Jharkhand High Court dismissing his bail plea.

The three cases in which Prasad has been convicted are related to the over Rs 900-crore fodder scam, which pertains to fraudulent withdrawal of money from the treasuries in the Animal Husbandry department in the early 1990s, when Jharkhand was part of Bihar.