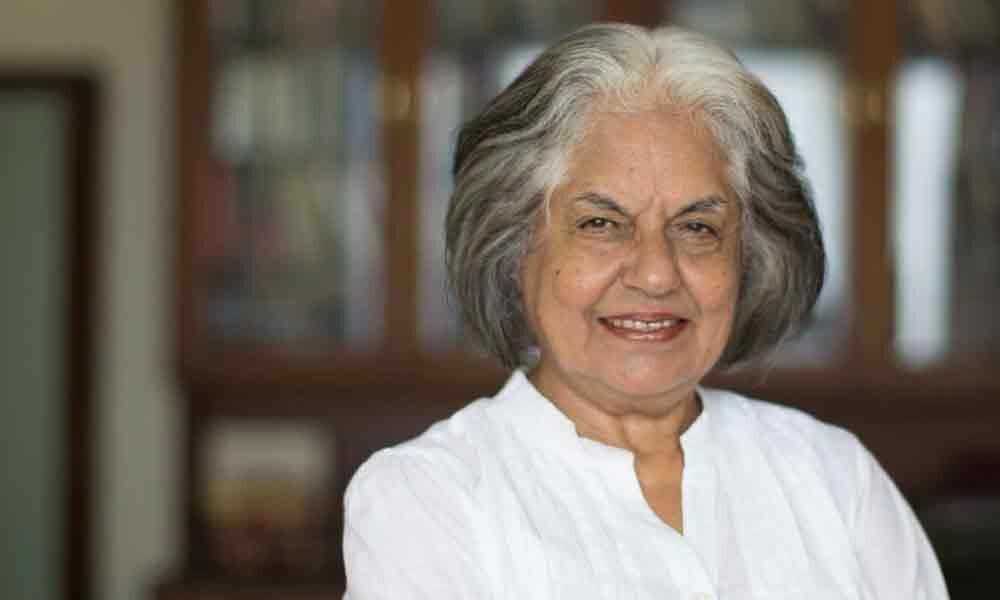 New Delhi/Mumbai : The CBI on Thursday searched the residence of senior Supreme Court lawyers Indira Jaising and her husband Anand Grover here and in Mumbai for alleged violation of FCRA norms, officials said.

The action came almost a month after the CBI registered a case against Mumbai-based NGO Lawyers Collective and its President Anand Grover for alleged violation of the Foreign Contribution (Regulations) Act (FCRA), criminal conspiracy and criminal breach of trust.

The CBI searches, which started around 5 a.m. in both cities, followed a Home Ministry report.

Indira Jaising is not named in the CBI FIR. According to the CBI, unknown officer-bearers and functionaries of the NGO, private persons and public servants have also been made accused in the FIR.

The CBI officials said the searches took place at the residence and office of Jaising in Nizamuddin East in Delhi.

The violation of the FCRA was noticed in 2010, the complaint said.

The CBI case says Jaising got a remuneration of Rs 96.60 lakh from Lawyers Collective to travel abroad.

Indira Jaising said there is no conflict of interest; the Additional Solicitor General is a public servant, not a government servant, so is not banned from receiving foreign contributions.

The CBI also alleges that both lawyers organised "paid dharnas" using foreign funds, such as one for the HIV-AIDS Bill in October 2009, on which they claim Rs. 89,000 was spent.

"Grover and I are being targeted for the human rights work that we have done over the years," said Indira Jaising, who has been a voca critic of the government.

Delhi Chief Minister Arvind Kejriwal condemned the CBI raids, saying subjecting veterans who have fought for upholding the rule of law and constitutional values was a case of "clear vendetta".

"Let the law take its own course but subjecting veterans who have all through their lives fought for upholding the rule of law and constitutional values is clear vendetta," Kejriwal tweeted.

"While the law must take its course, brazen targeting of well known and respected senior advocates by the government via its agencies raises serious questions about its intentions," CPM general secretary Sitaram Yechury said in a tweet.

A statement from opposition MPs termed the action as the "latest in a long line of coercion and intimidation" of Jaising and Grover which was "nothing short of a brute show of intimidation as well as gross abuse of power".

The letter was signed by MPs from the Congress, TMC, SP, CPI and CPM.

A voluntary group Human Rights Defenders Alert – India (HRDA) strongly condemned the action, saying it was intimidation of the lawyer couple and other rights activists.

The raids being conducted by the CBI are nothing but a vendetta, brazen abuse of power and exemplary show of vindication, sending out a message about the repercussions of dissent against the government in power, it said.